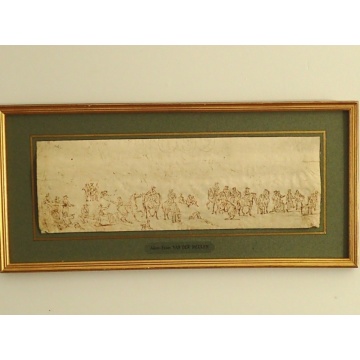 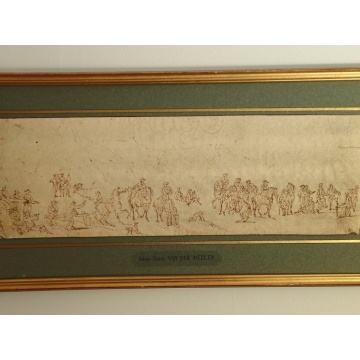 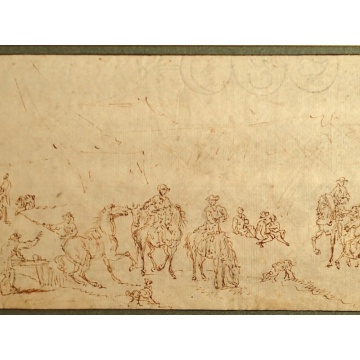 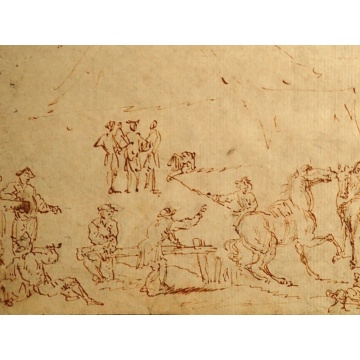 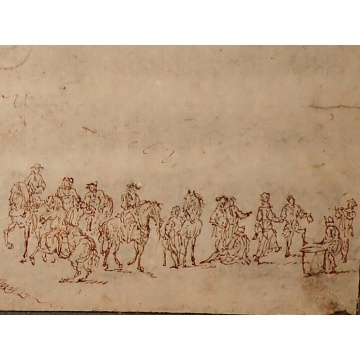 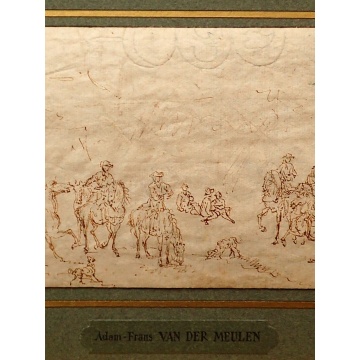 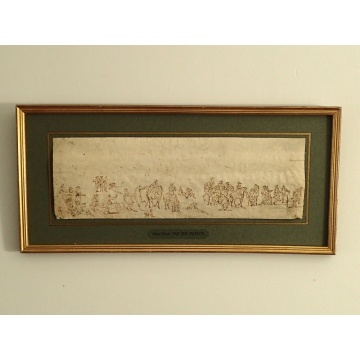 17th Century Ink Drawing Of a Resting Army By AF Van Der Meulen.
This sketch was probably drawn as a project for an oil painting.

The scene is lively and rendered with rapid strokes of ink.
It depicts soldiers resting while away from the battle filed. Going from the left hand side you see soldiers reclining against a canon while enjoying their pipe. A little further three men seem to be playing around a post with a pole and ball. Two horse mounted officers are chatting while dogs bark around them.
Further still officers seem to be conversing while their men dance to the sound of a flute and drum.

The strokes are wonderfully well applied giving a incredible liveliness to the scene.

Adam Francois VAN DER MEULEN was born in 1632 in Brussels and passed away in Paris in 1690.
He was a Baroque painter that had studied under Pieter Snayers a Flemish painter specialized in battle scenes.
In 1666 he was called to Paris by Colbert at the request of Charles Le Brun, the court painter, to fill the post of battle painter to Louis XIV.
His paintings of the campaigns in Flanders done in 1667, so delighted the Sun King that he ordered Van Der Meulen to be present in each of his campaigns..
Van Der Meulen also made cartoons for the Gobelins tapestries depicting Louis the XIV’s military career.
In 1673 he was received at the French Academy of fine arts and passed away in Paris in 1690.