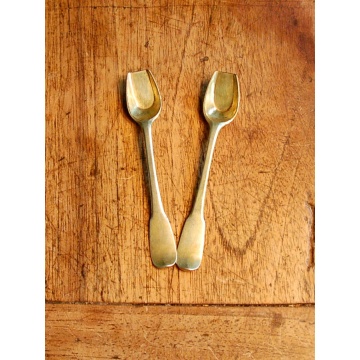 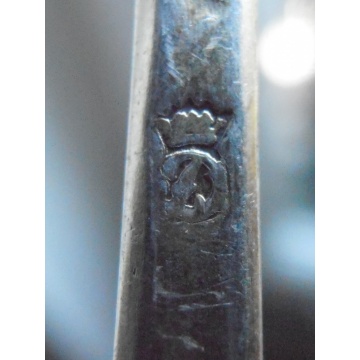 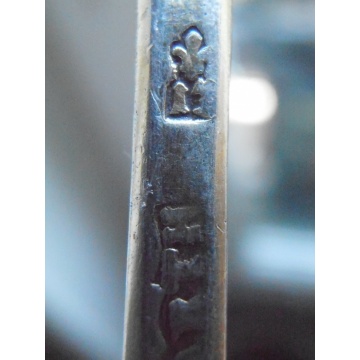 During the later part of the 18th century and the early part of the 19th Century Spoon making was an art of its own.
Hence the Maitre Orfèvre who dealt in it was called a Maitre Cuilleriste or Master Spoon Maker.

The spoons showcase the typical style used in the 18th century.
They are ‘Vermeille’ or coated with 18 carat gold to better resist the salt’s tarnish.

The Year Hallmark Is ‘Fermiers Généraux’, hence predating the French Revolution of 1789.

We are still trying to identify the Maker’s Mark.