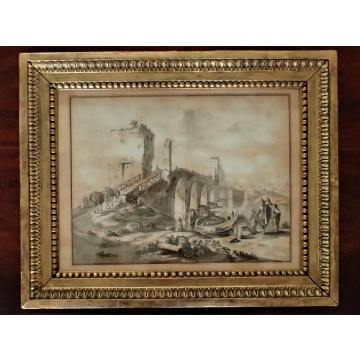 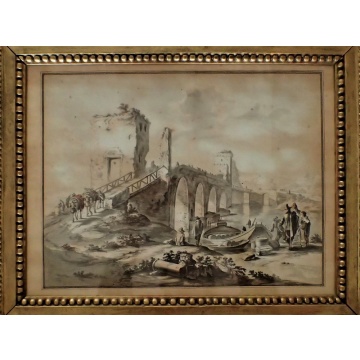 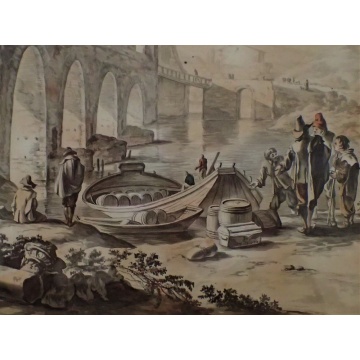 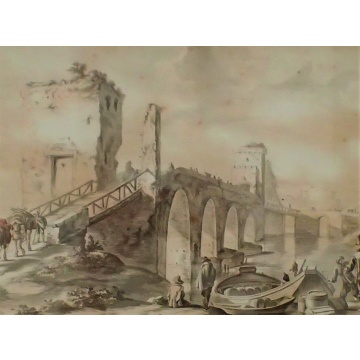 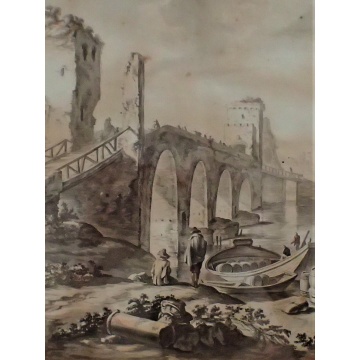 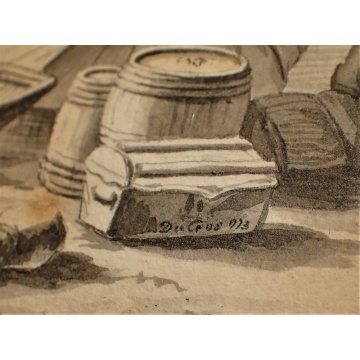 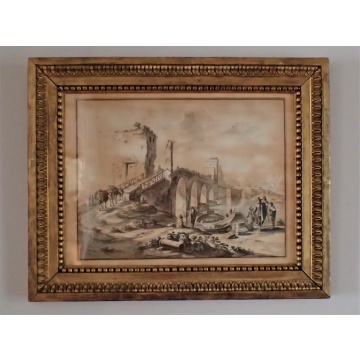 18th Century Drawing Of Boatmen By A Bridge By ALR Ducros

A Very Delicate Watercolor And Lead Pencil Drawing Of Boatmen Standing By a Bridge Attributed to Abraham Louis Rodolpe DUCROS.

Beautifully framed in a Louis XVI period gilt wood frame, the drawing depicts a company of boatmen in animated discussion by a bridge seemingly located in Italy.
The drawing is perfectly in line with the ‘Caprices’ popular at the time, which often depicted panoramas that were recreated from several different places.
The romantic setting with the lovely bridge topped by a lonely ruined tower is typical of the scenes favord by the artists and visitors alike.
Drawing is signed ‘Ducros 1773’ on the chest located on the side of the chest located on the lower right hand side.

Abraham Louis Rodolphe DUCROS was a Swiss national born in 1748 and a main figure of the Pre romantic movement.
He moved to Geneva in 1769 and studied under Nicolas Henri Joseph De Fassin, before leaving for Italy and settling in Rome by 1776.

He was well known for his watercolors and engravings which he sold to ‘Grand Tour’ -as the tour of Italy was known – travelers.
Ducros returned to Switzerland in 1807 and passed away in Lausanne in 1810.