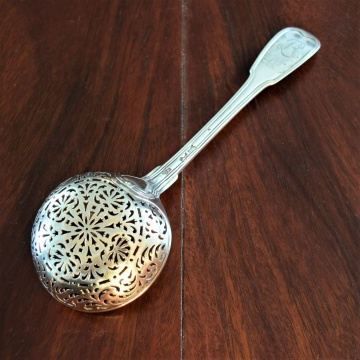 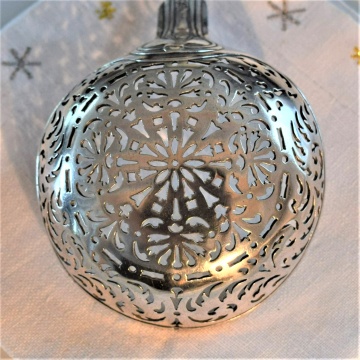 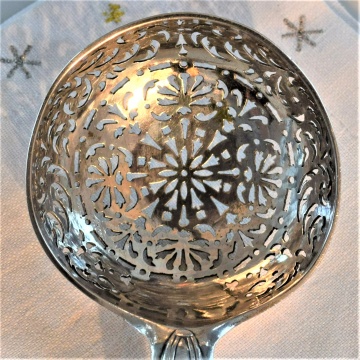 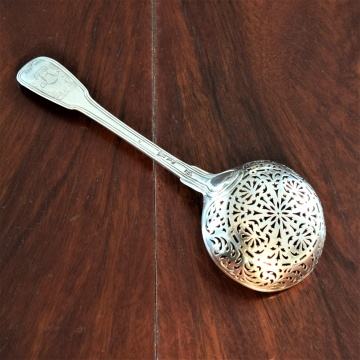 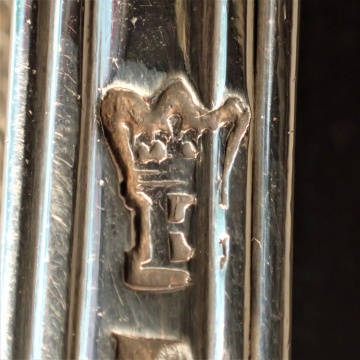 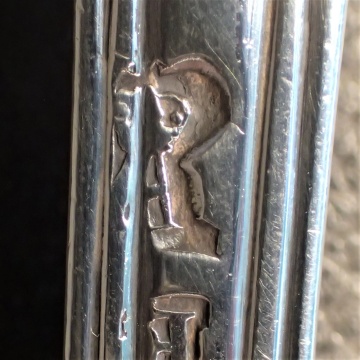 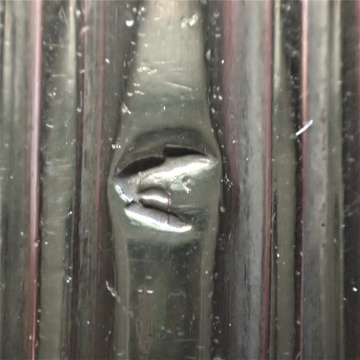 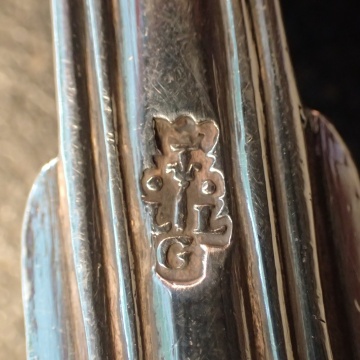 The bowl of the spoon is in beautiful ‘repercé’ motif showing a design that is found in Paris.
The design was registered as number 3 of the 6 models allowed in Paris.
The Center of the Spoon shows a lovely Marguerite & Tulips ‘repercé’, while the border is decorated with a frieze with scrolls and leaves, pierced and engraved.
The middle register is pieced with palmettos, cornflowers and acanthus.
The end of the handle is done in the ‘uniplat’ model with a raised center line.
The work is extremely refined and the piece is in excellent condition.
Lovely to use to sprinkle sugar over fresh strawberries per example!

The Hallmarks are those used under the Fermiers Généraux system or the Old Regime or Pre revolutionary Regime and are particularly crisp here:
Photo number 5: shows the Poinçon de Jurande for Paris with the Crowned letter E that was used for silver minted in Paris between November 27th 1745 until November 27th 1746.
Photo number 6: you have the Poinçon De La Marque for the Charge of the Spoon in the shape of a Crowned A used starting October 1744 by Fermier Général Antoine Leschaudel.
Photo number 7: you have a Birds Head looking left, which is the discharge Mark used under Antoine Leschaudel starting October 1744.

Photo # 8: shows the Makers Mark, for Louis Edouard Le Gros who registered his first Mark Circa 1744 (according to Beucque’s references).
It shows a crowned Fleur de Lys, with a scepter underneath.
He was still working in 1751, but we loose his trace in silver works after that.
Interestingly in Louis Carré’s book, he only mentions a Louis Le Gros that registered his mark on January 30th 1723, which might have been his father.
And we know of a daughter (Genevieve) to Louis Edouard Le Gros due to marriage records found dating back to 1773.