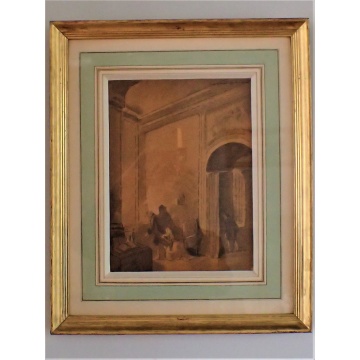 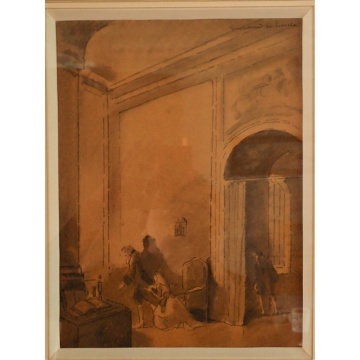 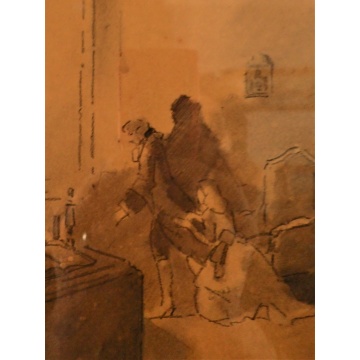 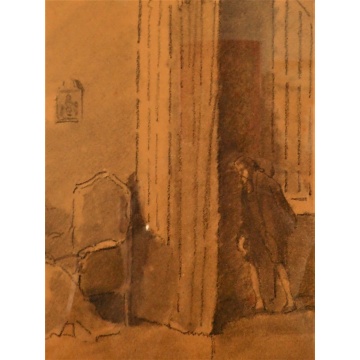 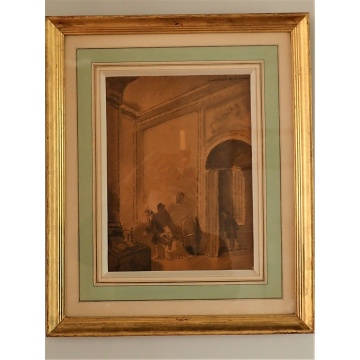 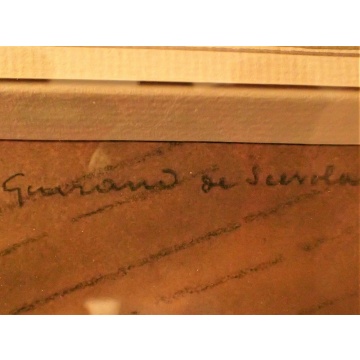 This painting is done in lead pencil as well as brown and blue wash and pastels, and depicts an 18th century French home with three protagonists…
A woman seems to be pleading with a gentleman and tugging at his vest, while he turns away…
Behind the half closed door another man lies in wait, seemingly listening to the conversation….

The scene is done in muted pastel tones and light strokes of lead pencil, typical of Guirand de Scevola’s work.

Lucien Victor GUIRAND DE SCEVOLA was a French symbolist painter best known for his vivid depictions of portraits and still life in both oils, pastels and inks.
Born in 1871 in Sete he went on to study under Pierre Dupuy and Fernand Cromon at the Ecole des Beaux Arts in Paris.
And soon became quite known for his work, relying on Pastels and washed to develop a dreamy and velvety technique…
He excelled in alcove study (as is the case here) and exhibited regularly at the Salon des Artistes Français.
During WWI he was enlisted by the French government to lead a team of Artists who developed new types of ‘Camouflage’ screens to obscure guns and installations from the Enemy.
His team included Georges Braque, Dunoyer de Segonzac and Camoin…
De Scevola died in 1950.
The Drawing is signed on the upper right corner as shown in Photo # 6.