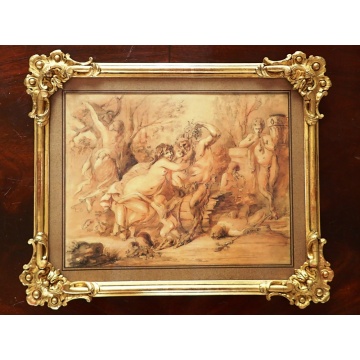 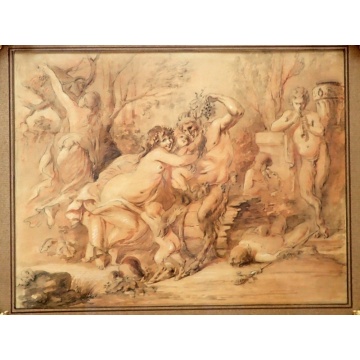 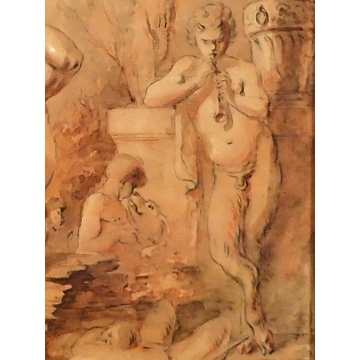 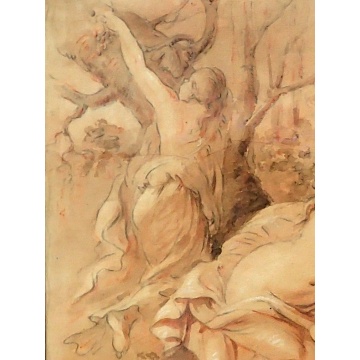 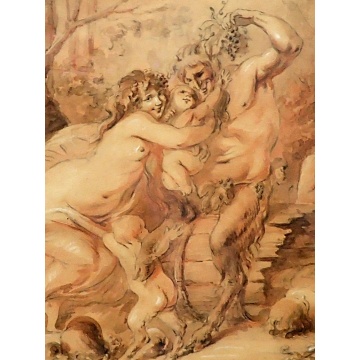 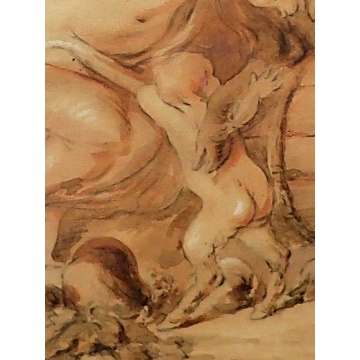 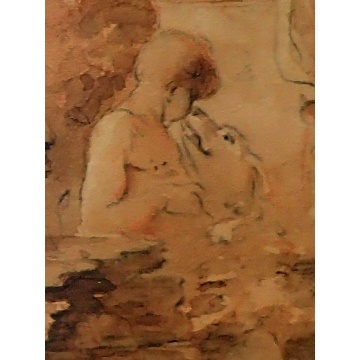 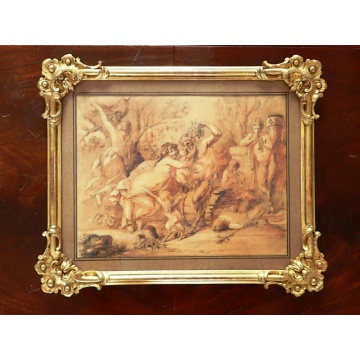 This charming Scene is typical of the light hearted work often done to decorate drawing rooms or private libraries.
The Scene represents Pan and a Nymph cuddling 2 cherubs, one of which bears the same goat legs as the smiling Pan, as other forest dwellers look on.

Pan was the god of shepherds and hunters, and of the meadows and forests of the mountain wilds.
It is said that Pan idled in the rugged countryside of Arkadia playing his panpipes and chasing Nymphs.
He pursued one of them, Syrinx, until she hid herself in a clump of reeds…
Pan cut down the reeds and proceeded to change them into what is know as his pipes or ‘Flute de Pan’. Pan was depicted as a man with the horns, legs and tail of a goat, a thick beard, snub nose and pointed ears. He was the son of Zeus and was cast away from the Heavens due to his unsighlty appearance, selecting Arcadia as his realm.
He often appears in scenes in the company of Dyonisos, hence closely associated with wine and libations.
And under the influence of the neo-platonic school of thoughts, soon became the God of Fertility and sexual strength.

In our drawing the shepherd symbol is represented by the shepherd’s staff lying on the ground.
The lighthearted aspect of Pan radiates in the drawing, and his features light up with mirth while he tempts the child with the grapes he holds in one hand.
The drawing is particularly well executed in red chalk or Sanguine as well as sepia wash with white chalk highlights.

The Frame is in gilt wood and dates to early 19th century, in the Louis XV style.