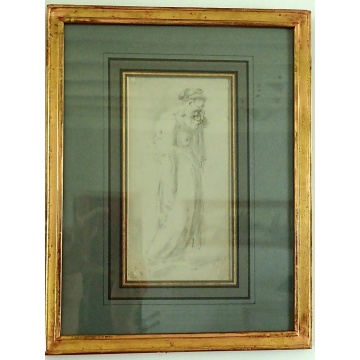 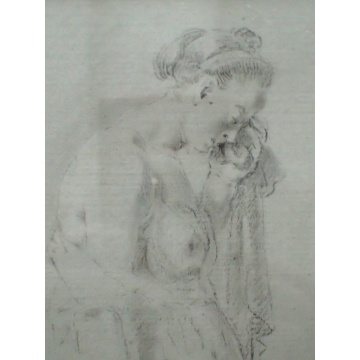 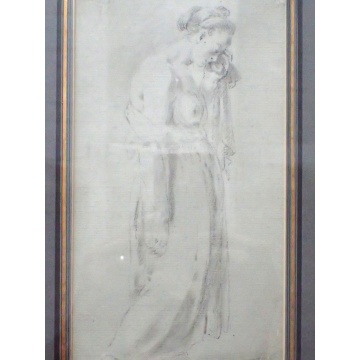 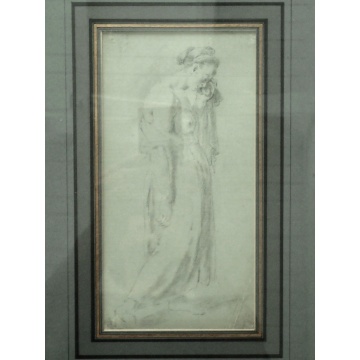 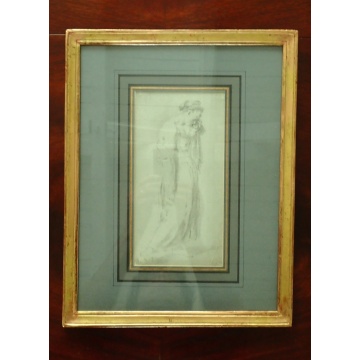 Drawn in what is called Pierre Noire in French, or Black Chalk, the figure is dressed in classical clothes draped around her frame, with the upper part falling down as in despair.
She glances to the ground with her rounded shoulders clearly expressing despair.
She could be part of a larger composition representing people in mourning.
The study is very well executed light but powerful.

The drawing is enhanced by a XIX Century gilt wood frame which is in fine condition.
The drawing does have a slight crease at the lower right edge.

The Drawing was purchased in Paris in April 2018