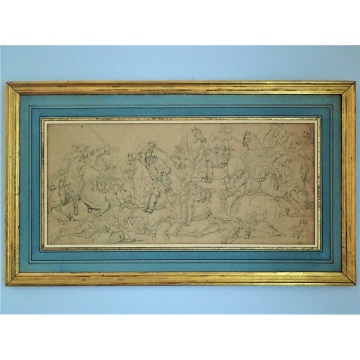 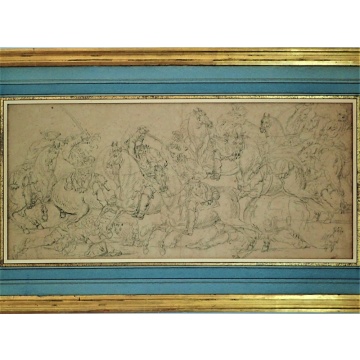 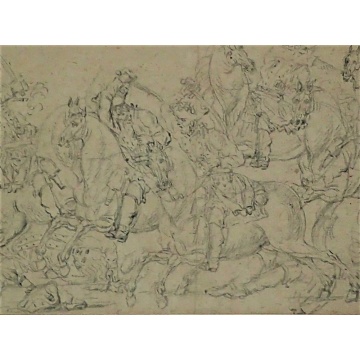 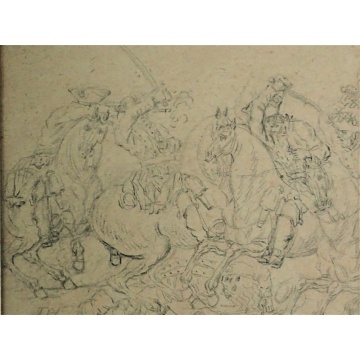 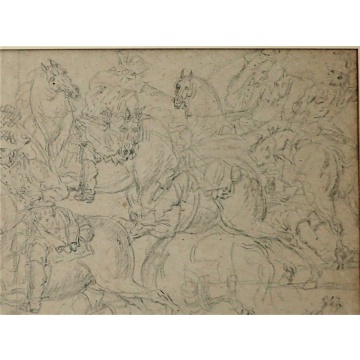 Done in bold strokes this drawing gives the best part to the horses’ rendition, detailing their movements and their expressions.
The cavalry officers are dressed in Louis XV period cloth.
The drawing represents a glimpse of the Battle of Fontenoy.

The Battle of Fontenoy marked a turning point in the War of the Austrian Succession
Great Britain with her Austrian and Dutch allies fought to ensure that Maria Theresa of Austria should be able to take the throne of the Holy Roman Empire.
Ranged against her interests was the might of Louis XV’s France, which strove to weaken Austria by promoting a Bavarian aspirant to the Imperial throne. On 11 May 1745 at Fontenoy in the Austrian Netherlands the two sides met in a ferocious day-long struggle that changed course of the war.
That confrontation led to the French conquest of Flanders and was the most famous victory of the French marshal Maurice, Count de Saxe.
It was one of France’s last great victories before the Outbreak of the French revolution.

It was acquired in Chativesle in April 2019.