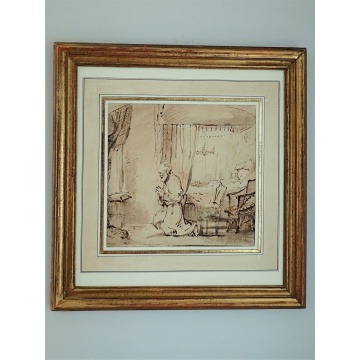 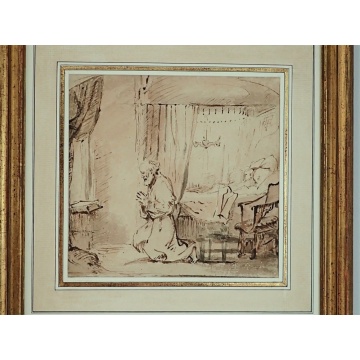 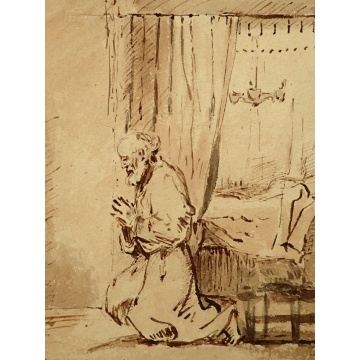 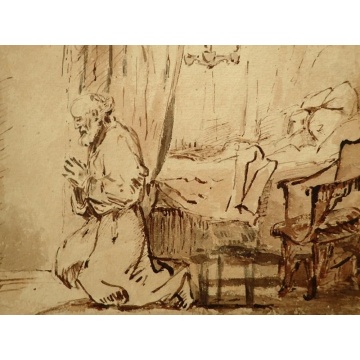 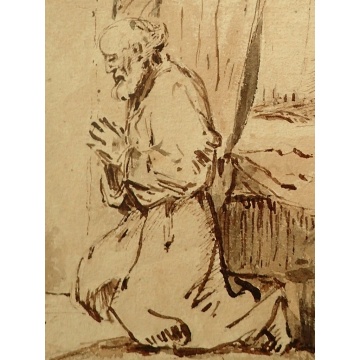 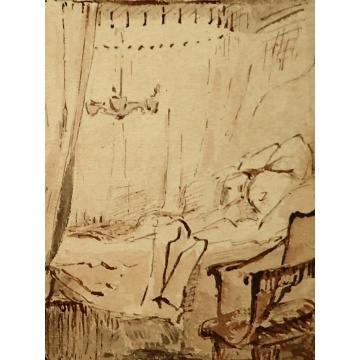 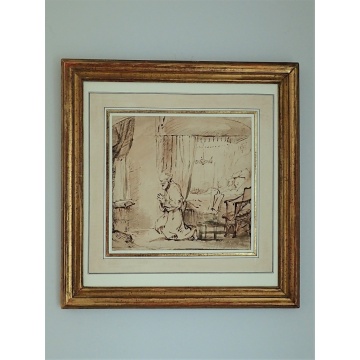 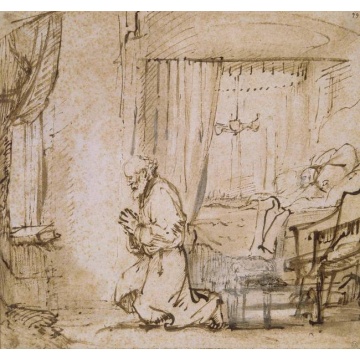 This charming Ink and Brown Wash Drawing is a rather precise copy of the Original drawing done by Rembrandt Harmenz Van Rijn and currently displayed in the Bonnat Helleu Museum in Bayonne France.

The Original drawing is picture # 8 on our website, courtesy of the Museum’s archives.
The drawing shows a man kneeling in prayer beside a bed, where a figure reclines. No signs of any religion are obvious apart from the praying man’s joined hands and a larger book which can be interpreted as a bible.
Rembrandt Harmenz. Van Rijn was born in 1606 to a family of millers. After studying at Leiden University he trained as a painter with Jacob van Swanenburgh in Leiden and Pieter Lastman in Amsterdam. He was active as an independent master from around 1625 in Leiden, sharing a studio with Jan Lievens.
Throughout his life he was a prolific draughtsman. He also took up etching around 1626, becoming one of the greatest of printmakers. In 1631 he moved to Amsterdam to work for the art dealer Hendrick van Uylenburgh, whose niece Saskia he married in 1634. Rembrandt soon achieved renown as a portrait painter and began to receive commissions for history subjects. He was at the height of his success when he painted the great group portrait known as the Night watch of 1642 (Rijksmuseum, Amsterdam). In the same year Saskia died and thereafter Rembrandt’s painted output declined sharply.

Rembrandt’s gift for rendering humanity was not limited to grand commissions. Indeed, nearly all of his etched portraits were subjects of his own choosing rather than individuals with no personal connection.

The copy we show here is well executed and was signed in the back.
It was purchased in Vendome in February of 2017.