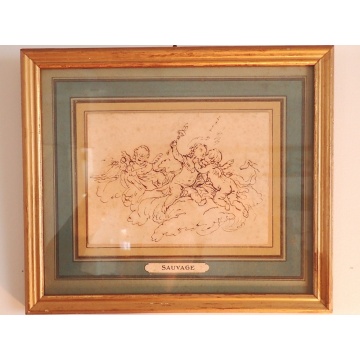 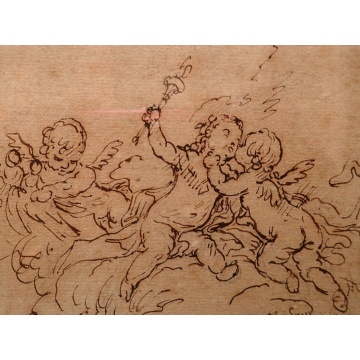 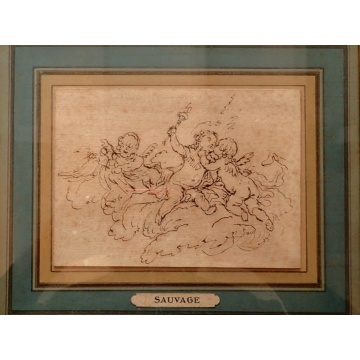 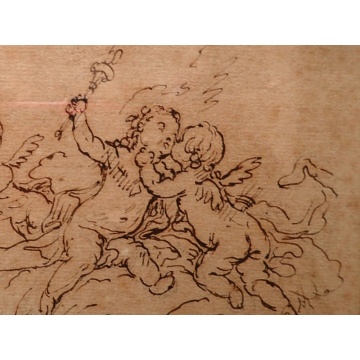 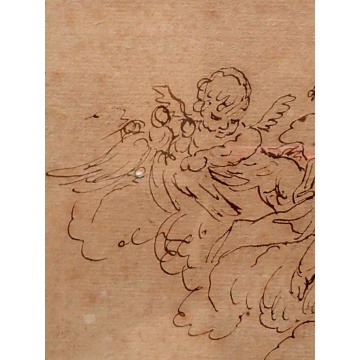 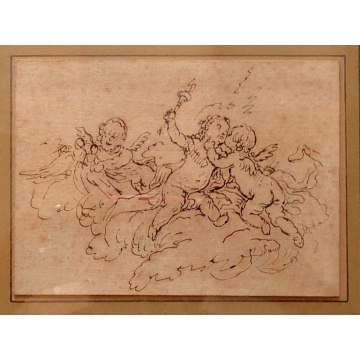 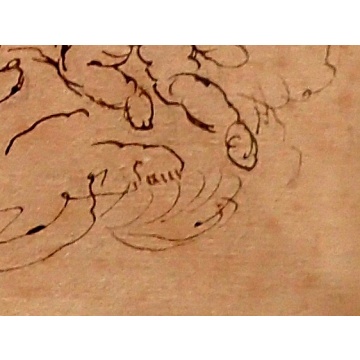 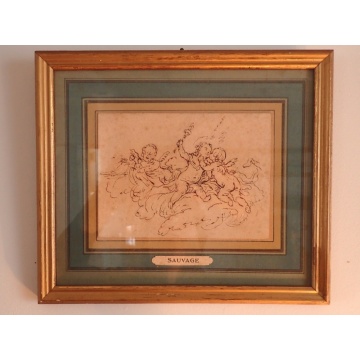 A Gorgeous Ink Drawing Of 3 Playing Cherubs By SAUVAGE~Sold~

Featuring one of the painter’s favourite subjects, Putti, the drawing shows 2 Cherubs playing with a torch while playfully tugging at each other while floating on a cloud, while the 3rd one seems to be petting to two birds

The drawing is full of life and mirth!

Beautifully drawn in simple ink they show chubby cheeks and limbs and cute wings…
Joseph SAUVAGE PIAT was born in Tournai in 1744.
Born into a glass maker’s family Joseph Sauvage worked in his family’s company until he was 17 years old, while perfecting his talent for drawing at the Tournai Drawing School.
In 1761 he would go on to complete his training at the Royal Academy of Art in Anvers under the Master of ‘Grisaille’ style Martin Geeraerts.
By 1774 he had moved to Paris and was admitted at the Saint Luc Academy in Paris.
He would go on to exhibit along with the school and would be the first foreigner to join the Academy of Fine Arts in Lille.
By 1783 he was received as a member of the Royal Academy In Paris after exhibiting a painting that is still today displayed in Fontainebleau.
His stellar reputation and excellent drawing soon promoted him to First painter of the Prince de Conde’s household, and then enabled him to gain the same position with the royal household of Louis XVI.
One of his best achievements is a portrait of Marie Antoinette.
His position in the royal household did not deter him from adhering to the French Revolution, from which he escaped unscathed.
Between 1804 and 1807 he would work with the Manufacture de Sèvres as a portrait painter.
In 1808 he was called back to Tournai, then under French rule, to direct the Academy of Art and Drawing.
He passed away in Tournai, nine years later.

The drawing is signed in on the lower hand side, in the cloud formation.