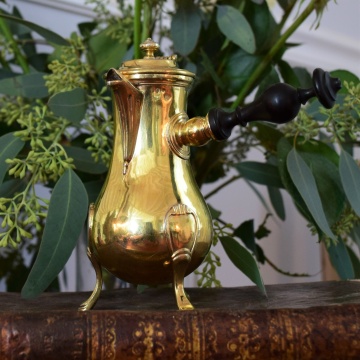 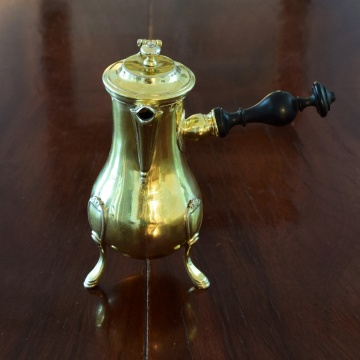 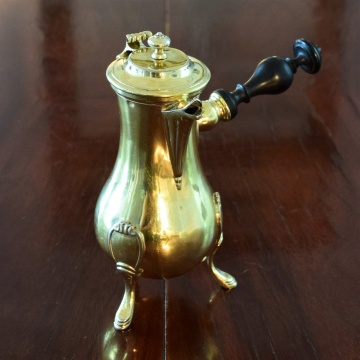 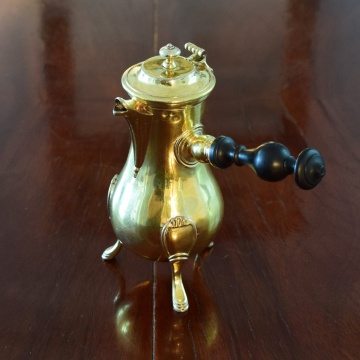 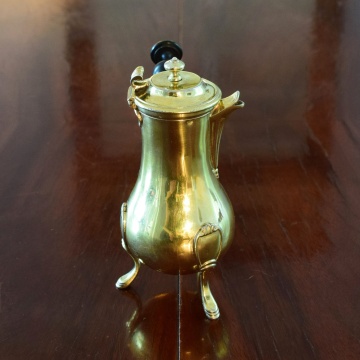 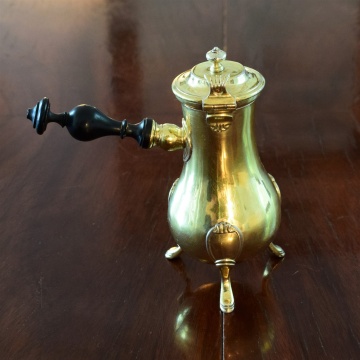 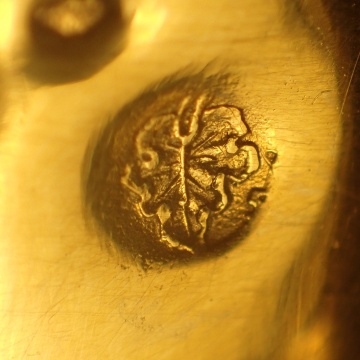 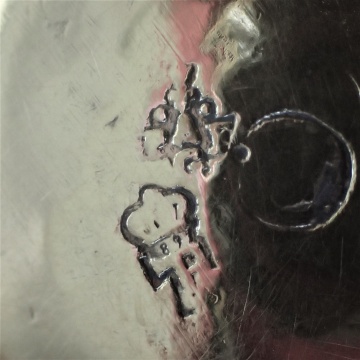 This coffee pot is called ‘Egoïste’ in French as it holds 1 coffee but no more! Hence the connotation of Selfish!
The work on this piece is the perfect transcription of the expression ‘Less is More’.
The Coffee pot is beautifully polished, and baluster shaped, with a charming clean cut duck bill for a spout.
It stands on three little silver feet
The lid is rounded and topped by a spinning top.
The handle is in carved mahogany, which can be removed for cleaning.
The Selfish Coffee Pot is finished with a 24-carat gold was.
Due to its size, it was probably part of a traveling set, and is even more extraordinary because of the date it was made.

We are here in front of pre revolutionary work.

The Hallmark (Photo #8) is Fermiers Généraux Crowned P for Paris September 11th 1789 under Jean François Kalandrin used until November 1789. You can see the 89 right under the crown.
On Photo number 7 you can see the Discharge Mark Mark used under Kalandrin from February 23rd 1789 to November 1789, a leaf in a circle.
The discharge Mark indicated the end of the work on a piece.

Photo number 8 again, you can see the Mark for Pierre François GOGUELY.
It shows his 3 initials with a fly in the middle and topped by a crowned Fleur de Lys.
His Mark was registered on August 17th 1768. We loose his trace at the end of 1789 as the French Revolution strengthens.