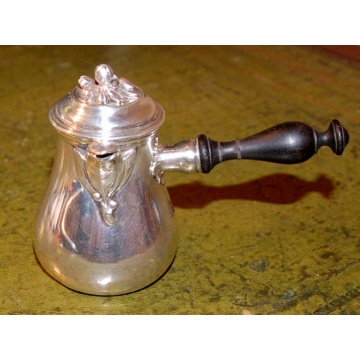 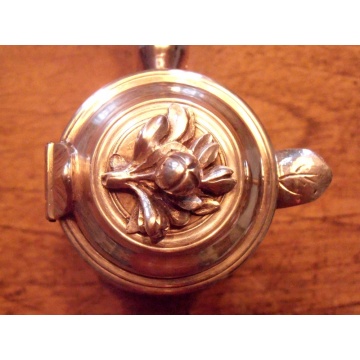 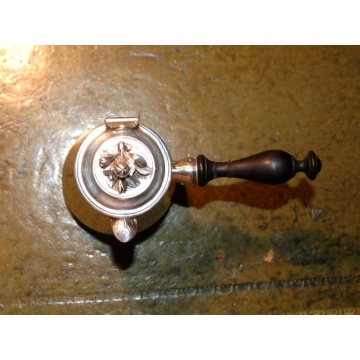 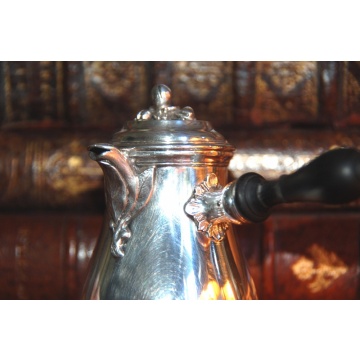 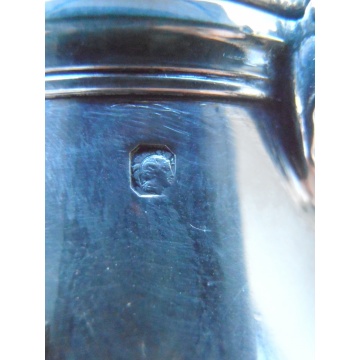 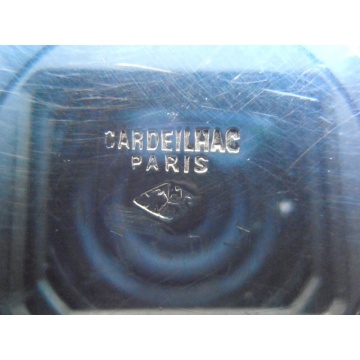 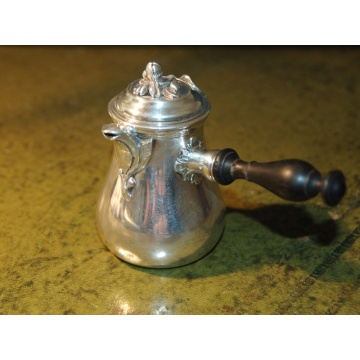 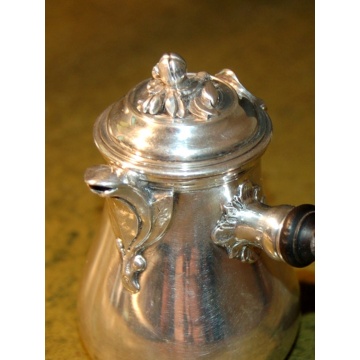 This creamer or milk pot is called ‘Egoïste’ in French as it holds enough cream or milk for 2 guests but no more! Hence the connotation of Selfish!
It is really adorable and the work on it is exquisite!

Its body is baluster shaped and rests on a round base, while the handle is in twisted Ebony and is removable

The lovely spout is duck bill shaped but done up with Laurel leaves beautifully detailed.
The dome shaped lid is topped by a charming décor of laurel leaves with a fig fruit as a finial.

The handle is set sideways and its base is decorated with a swirling wave pattern.
An absolutely charming piece! It is in superb shape no losses or marks.

The length given above includes the handle.