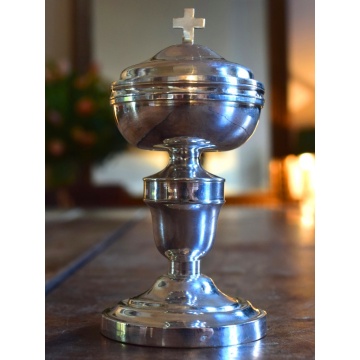 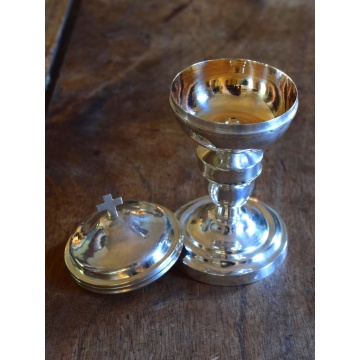 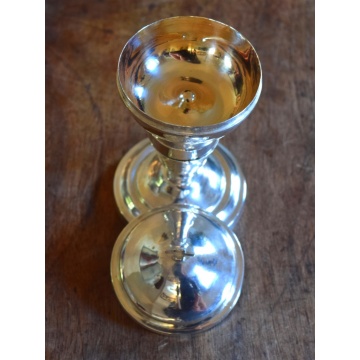 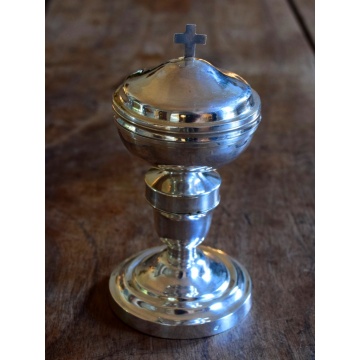 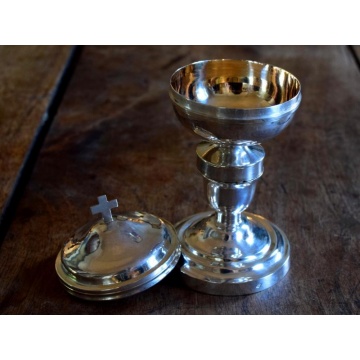 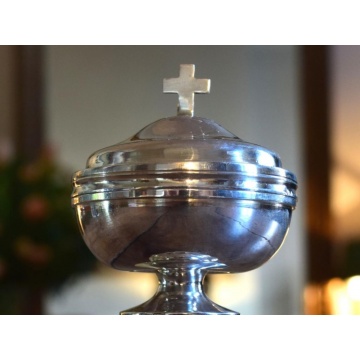 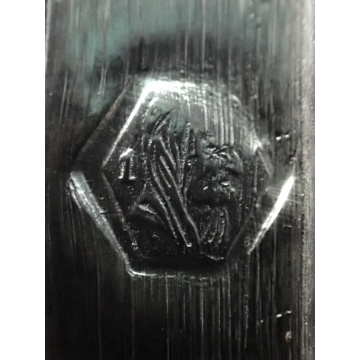 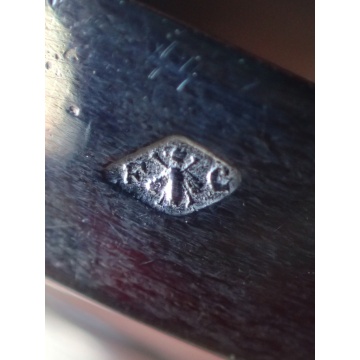 Also called a ‘Traveling Cyborium’ or ‘Pyx’, it has a round vessel, closed off by a lid topped by a silver cross, and was used to bring the Blessed Sacrament to the sick.
Its use as a travelling vessel commanded its smaller size.

We are introducing here the first beautiful item of a brand new Collection for Silver Art by D & R; more items will be online on our website soon, and we will eventually dedicate a whole section of our website to it.

The Hallmark is ‘Tête de Vieille Femme’ or Head of an Old Woman which was used in Lyon between the years 1819 and 1838 -1st title (950/1000) Lyon.
It also shows the Lyon guarantee for the same years with the head of a man facing left.

He was simply one of the Main Master Silversmiths in France specializing in Religious items such as chalices and ciboria’s.
He founded the Lyonnais Dynasty of Silversmiths which became known particularly for their gorgeous Sacred Art pieces.
His descendants were as famous as he was. His daughter and stepson followed in his footsteps and his grandson went on to work in silver until the 1930s.
All in all they created some of the most precious pieces of Religious Art in France.