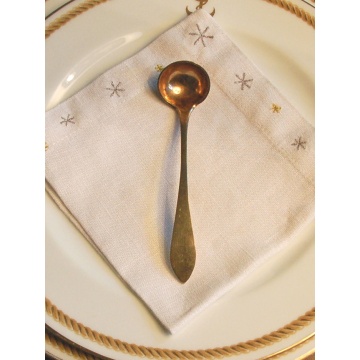 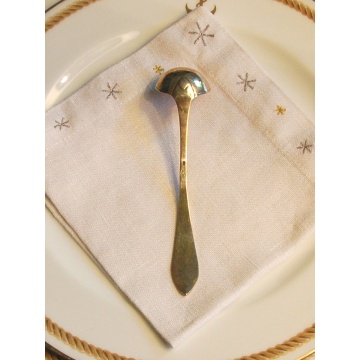 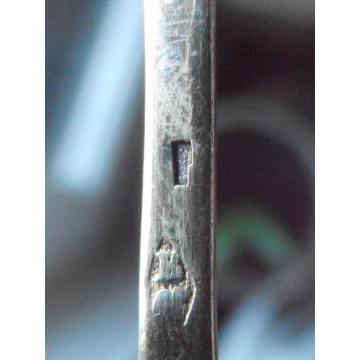 During the later part of the 18th century and the early part of the 19th Century Spoon making was an art of its own.
Hence the Maitre Orfèvre who dealt in it was called a Maitre Cuilleriste or Master Spoon Maker.

The style of the spoons is still perfectly in harmony with the style used in the 18th century. They are ‘Vermeille’ or coated with 18 carat gold to better resist the mustard’s corrosion.

The Hallmark is 2ieme Coq,1st title (950/1000) for the Provinces (outside of Paris)1809-1819.
While the Mark itself is erased we know we are dealing with this precise period because we do have the Guarantee Mark for small objects, which shows a ‘Faisceau de Licteurs’ or ‘Lictor’s Fasces’, which was used outside of the Paris Jurisdiction between the years 1809 and 1819.

The Makers Mark is unfortunately unreadable.