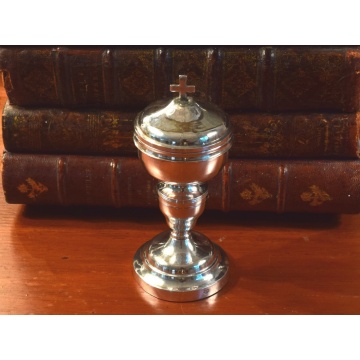 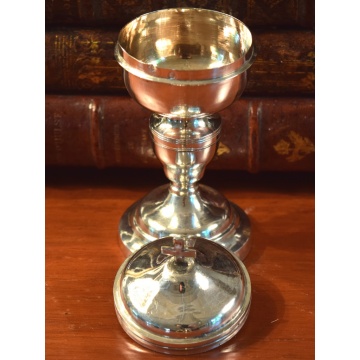 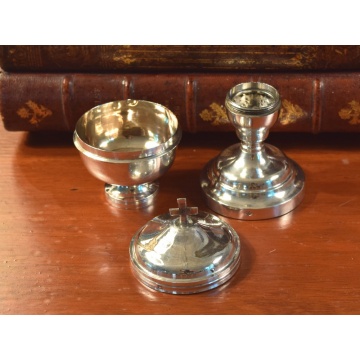 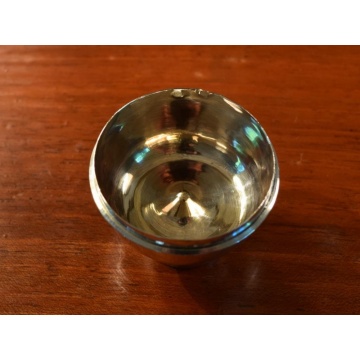 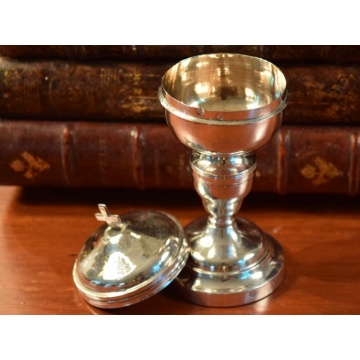 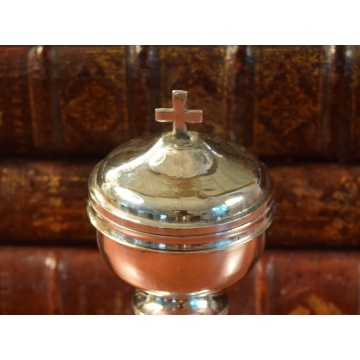 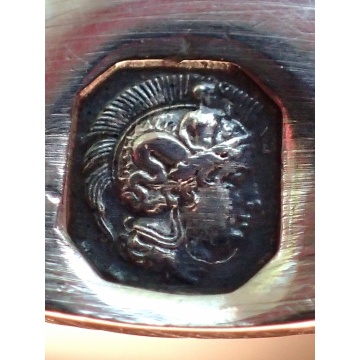 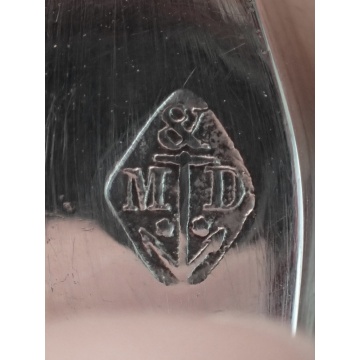 Also called a ‘Traveling Cyborium’ or ‘Pyx’ or again ‘Cyborium of the Sick’, it has a round vessel, closed off by a lid topped by a silver cross, and was used to bring the Blessed Sacrament to the sick.
Its use as a travelling vessel commanded its smaller size.

The Makers Mark is that of Charles-Denis-Noël MARTIN and Joseph-Philippe-Adolphe DEJEAN.
The shows an M and a D surrounding topped by the sign & and separated by an Anchor.
Their mark was registered in Paris, 1837 and cancelled in 1846, hence the very beginning of the Minerva Hallmark..

Their main production were religiously related Items which grace many museums today.