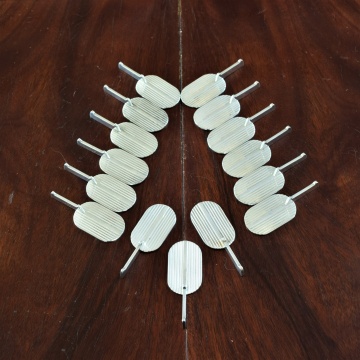 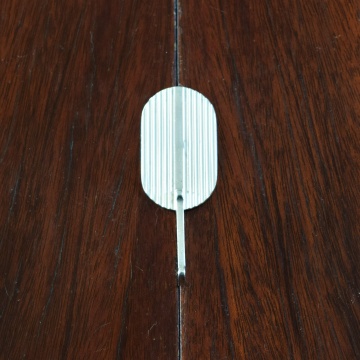 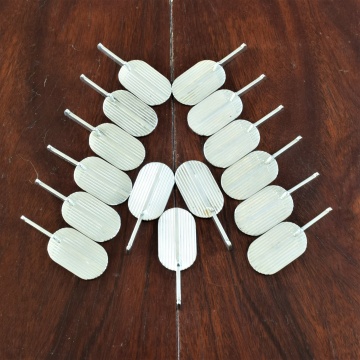 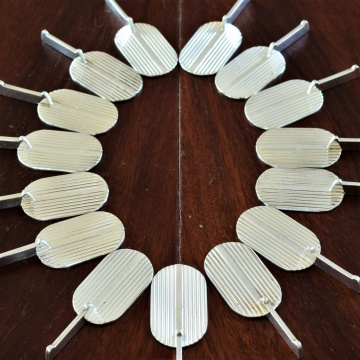 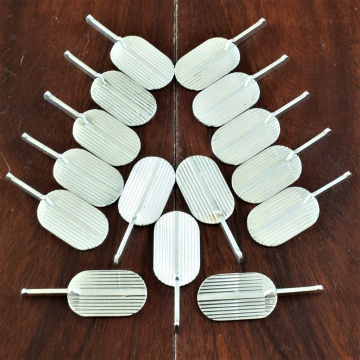 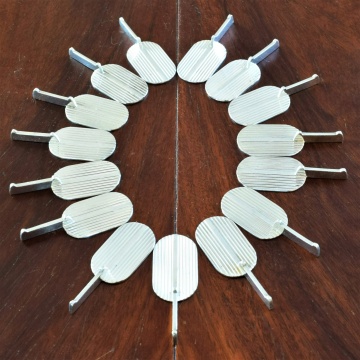 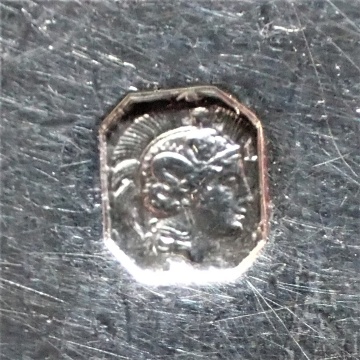 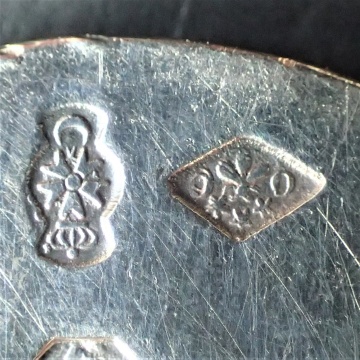 A important Set of 15 Art Deco Vintage French Silver Knife Holders by Cardeilhac in collaboration with the House of Christofle.

This particular Set of 8 knife holders is decorated in the Art Deco Style with a simple décor of a lines in heavy silver in a model created by designer Luc Lanel (1897/1965) for the House of Christofle.

The knife holders became more popular towards the middle of the 19th Century, the symbol of a table perfectly set up.
Our Knife Holders are perfectly balanced, very elegant and in perfect shape.

The Makers Mark is for Ernest CARDEILHAC, and shows an E and a C topped by a medal of honor with a crescent below.
The story of the House of Cardeilhac deserves a bit more details.
The founder of the dynasty was Vital Antoine Cardeilhac who registered his marks in 1817, then 1820 and finally cancelled them in 1851. a wonderful artist Cardeilhac very early on specialized in Cutlery and is considered the reason for the change the knives would see by the second part of the century (going from round edges to tapered).
His son, Armand Edouard took over in 1851 and in turn schooled his own son into the trade. Ernest CARDEILHAC managed the establishment starting 1855, until he retired in 1904, leaving the House to his sons Peter and James.
The HOUSE OF CARDEILHAC was active until 1951 when it was absorbed by CHRISTOFLE.