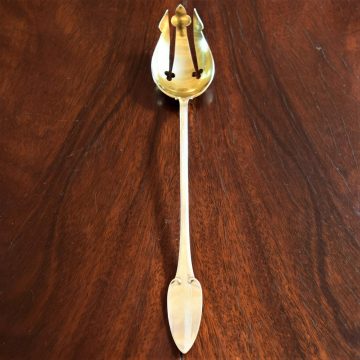 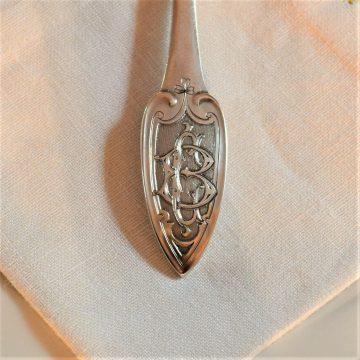 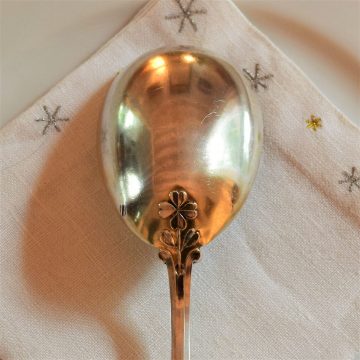 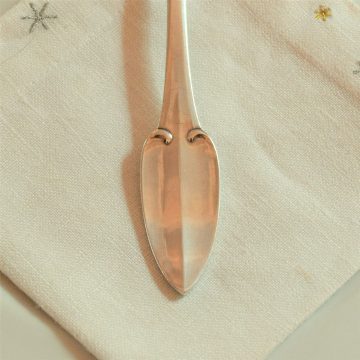 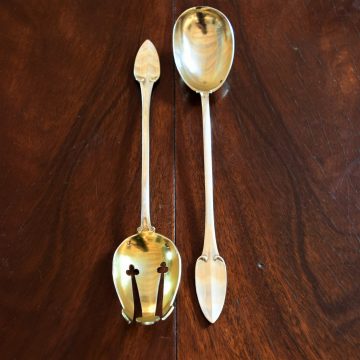 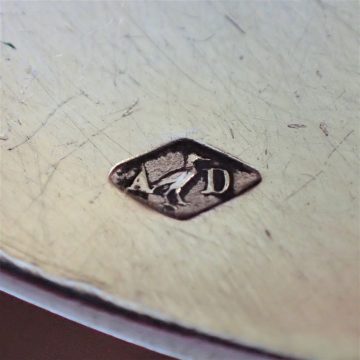 A Refined Antique French Silver salad serving implement by Maître Orfèvre Alphonse DEBAIN.
Once again we chose this set because of the fact the tines and bowl were made of silver and not ivory or horn as was most commonly used.

The model was referred to as Modèle au Trèfle, or Clover Decorated model, and was first carried by Alphonse Debain in the late part of the 1890s, before being reprised by Olier & Caron in 1910
On both pieces we find a medallion with a Monogram BC.
The middle part of the handle is lightly fluted and joins and links with the bowl and tines by a lovely Clover
The bowl and tines of the fork are decorated with a clover leaf cut out.
The bowl and the tines of both pieces are gold washed.

The Olier & Caron Version of this model was illustred in the wonderful book by David Allan: ‘Le Couvert Et La Coutellerie’
They are in perfect condition!

The Makers Mark is for Alphonse Debain
It shows his initials separated by a Woodcock.
He registered his Mark in 1883 and was well known for his Art Nouveau pieces.
His workshop was located 79 rue du Temple in Paris