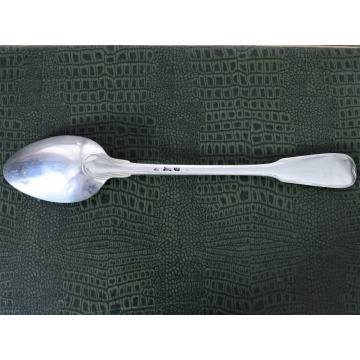 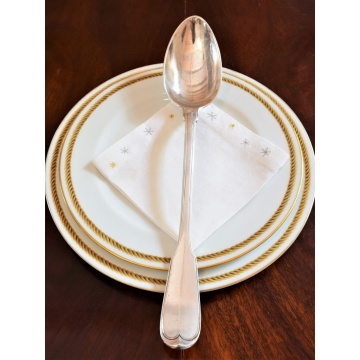 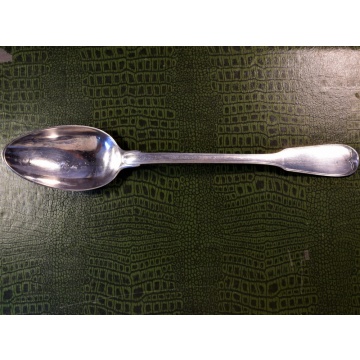 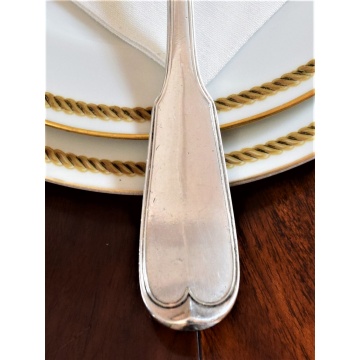 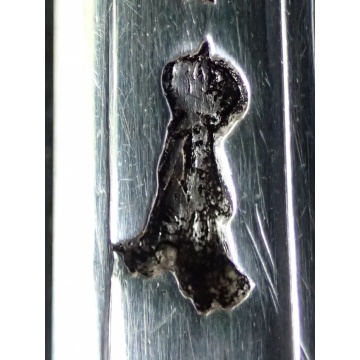 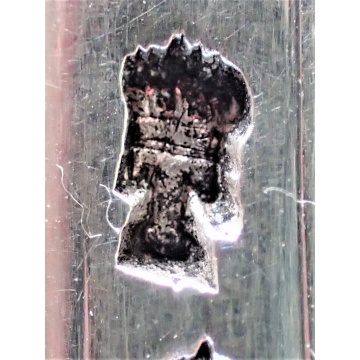 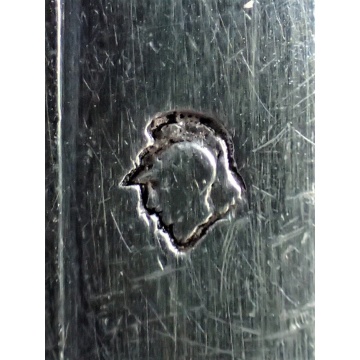 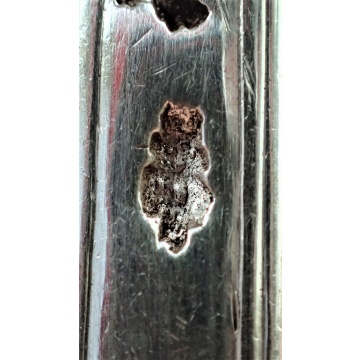 The sheer size of the piece is exceptional as you can see on photo number two, where we set the spoon on a dinner plate to give you an idea of its size!
Used to serve Ragouts (stews) or Oille as they were then called the Spoon complimented the ‘Pot A Oille’ that was one of the grander pieces of silver a wealthy family possessed.

Our piece is just beautiful, simple in design yet perfectly balanced and heavy in the hand.
It is simply lined along its length in what is called a ‘Modèle au Filet’.

The piece is in great condition.
It is just a perfect design, typical in its simplicity and purity of lines of the mid 18th century.

We are here dealing with Poinçons Aux Fermiers Généraux – Hence marks pre dating 1798.
Starting with photo number 5: we have the Poinçon de Charge for Paris: A Crowned A that was used from July 13th 1780 until August 30th 1782.
This Mark was used under Fermier Général (or tax collector) Henri CLAVEL.

The Makers Mark is for Maitre Orfèvre Pierre Nicolas SOMME who registered his mark on September 3rd 1768.
Pierre Nicolas SOMME was one of Paris best known spoon makers…
We have examples of his work up to 1789 but we loose his trace after that, due to the beginning of the French Revolution.