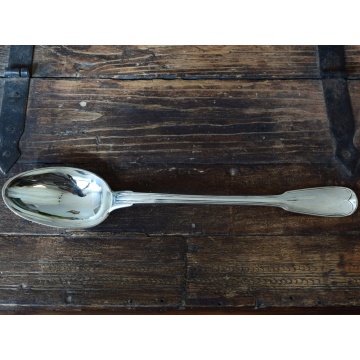 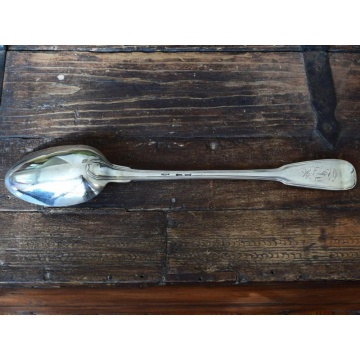 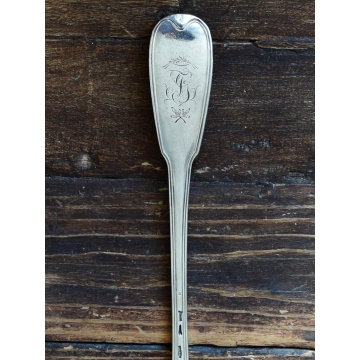 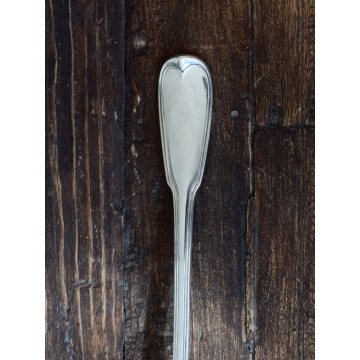 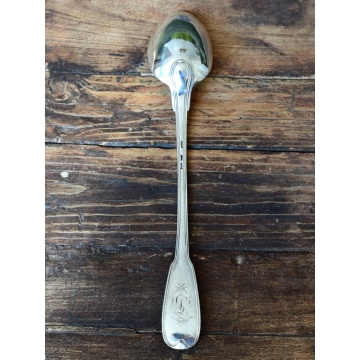 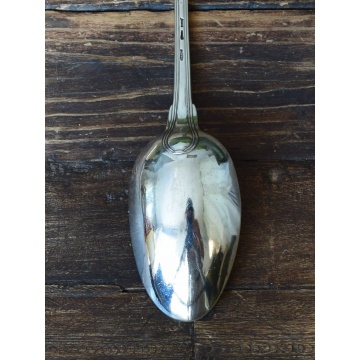 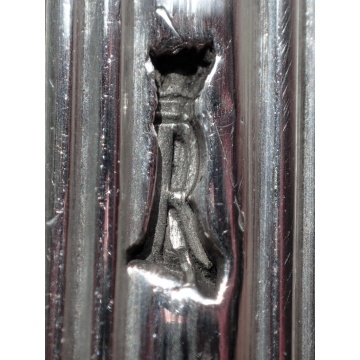 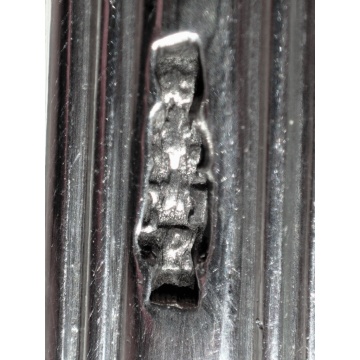 A Beautiful Antique French Silver Ragout Spoon dating back to the 1780s.

The sheer size of the piece is exceptional!
Used to serve Ragouts (stews) or Oille as they were then called the Spoon complimented the ‘Pot A Oille’ that were one of the grander pieces of silver in a wealthy family possessed.

Our piece is just beautiful, simple in design yet perfectly balanced and heavy in the hand.
It is simply lined along its length in what is called a ‘Modèle au Filet’ and shows a lovely Monogram on the handle showing a T and a G.

The piece is in great condition.
It is just a perfect design, typical in its simplicity and purity of lines of the mid 18th century.

The marks are quite hard to decipher because they were stamped in an akward way but we were able to make out 2 of them.
The Hallmark is Fermiers Généraux for Orléans showing a Crowned R, for the years 1775 to 1781.

The Letter Date which would point us to the precise year between 1775 and 1781 is too erased to be confirmed, but we think it may have been a L for the year 1778.

The Makers Mark is I.F.R with a Crowned Fleur de Lys and was used by a ‘Maitre Orfèvre’ in Orleans between the years 1778 and 1783.
His name was not passed down but his work is recorded and documented and his mark noted in Beuque’s ‘Poinçons de Maitre’.
It stands to be mentioned that there were very few Maitres Orfèvres in Orléans during those years with less then 20 recorded as such by the end of the 1790s.