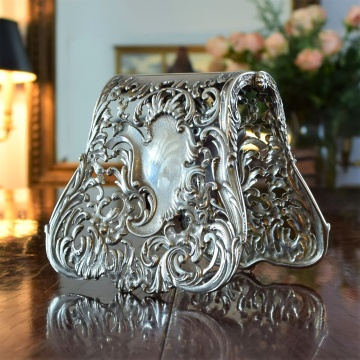 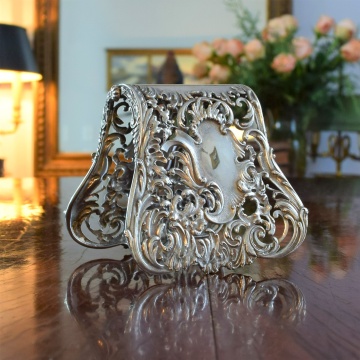 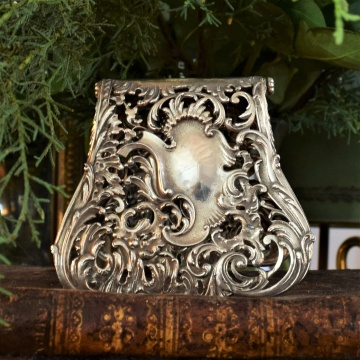 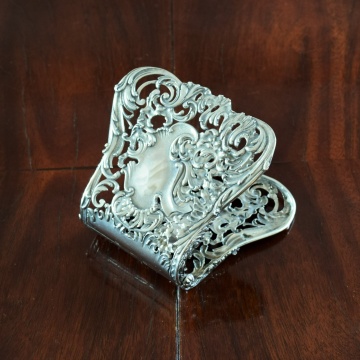 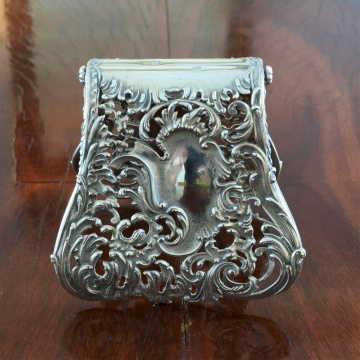 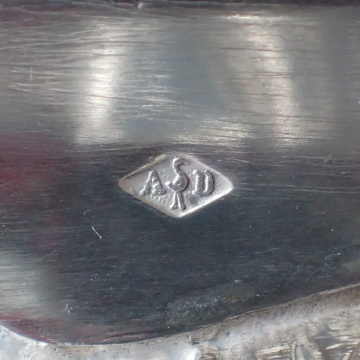 Called a ‘Main Pince’ in France, this Silver Asparagus Tongs model was created by Maitre Orfèvre Alphonse DEBAIN and presented for the World Trade Fair of 1889 in Paris
The tongs shown here have a beautiful ‘Repoussé’ Rocaille Style floral scrolls and painted waves.
The gorgeous cutaway work shows in great details the Louis XV style of work that came back in favor towards the end of the 19th Century.