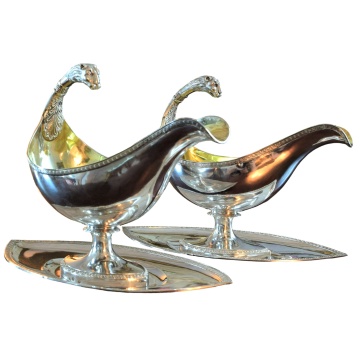 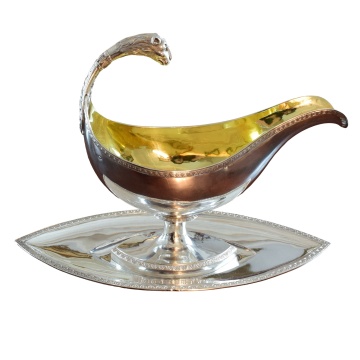 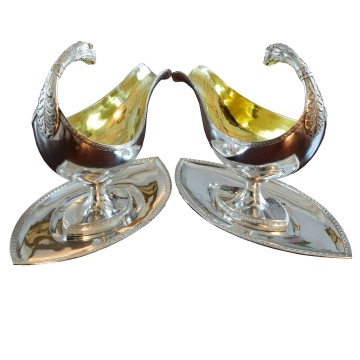 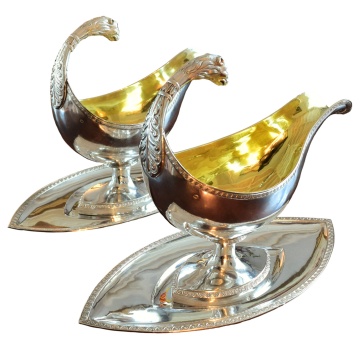 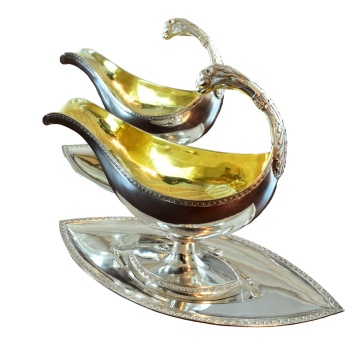 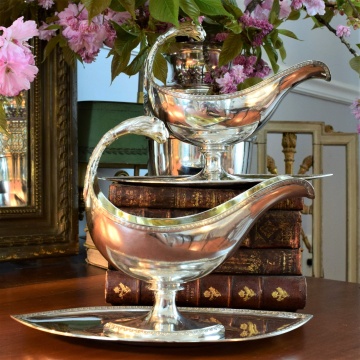 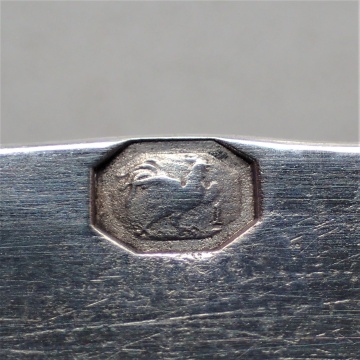 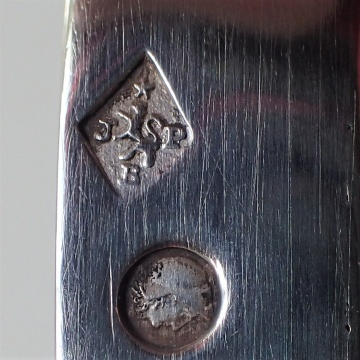 The Beautiful Pair of Gravy or Sauce Boats have their matching removable ‘navette’ shaped under trays slightly dipped in the middle, and accented by the same spoke of hearts motifs that grace the sides of the main dish.
The Dish itself rests on a raised oval pedestal also lined by a spokes of heart motif.

The Delightful Handle is represented by a solid Silver Lioness’ head rising up from a palmetto design.
The interior of the bowls shows a layer of vermeil or 24 carat gold wash.
It is exquisitely representative of the Empire Style in its most elegant expression!
The pieces are perfect in their balance and style.
Done by hand there is a slight difference between them.
They will sit beautifully on a table, perfect to serve your favorite sauces!

Jean Pierre BIBRON’s Makers Mark shows ‘A Rampant Lion with a Star over the Lion’.
He was originally received Master Silversmith on what was called following the Revolutionary calendar: le 18 Frimaire de l’An V ( the Year V would correspond to 1796/1797 on December 8th). Before the Markers Marks were once again registered into a corporation.
He was registered officially with the Mark shown above of a Lion, in 1798.
His workshop was located first 3 rue de Harlay, then 172 rue St Jacques and finally 32 rue Bourg l’Abbé