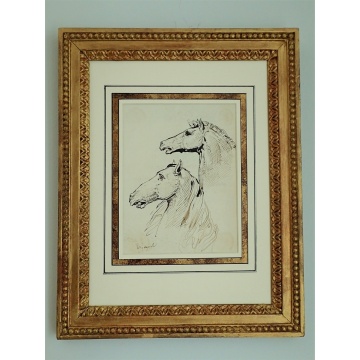 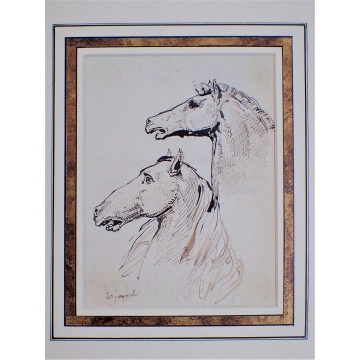 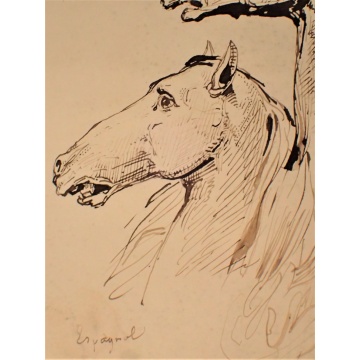 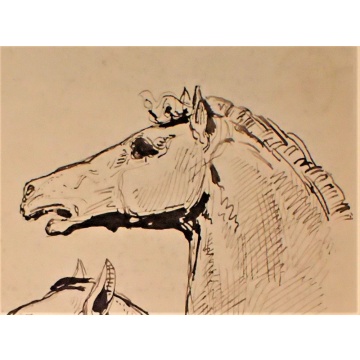 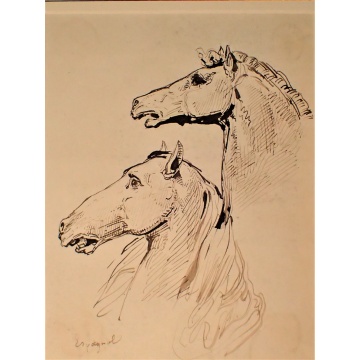 This beautiful study, done in black ink is extremely powerful and very lively.
The slight difference between the two heads makes the other stand out. This drawing was part of several studies done by Leon COGNIET on this subject.
He titled this one: ‘Spanish Horses’.