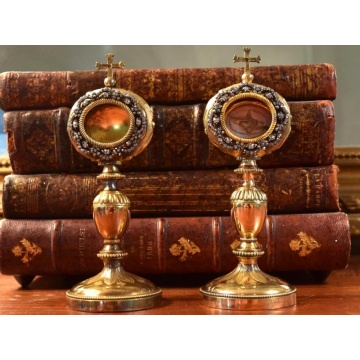 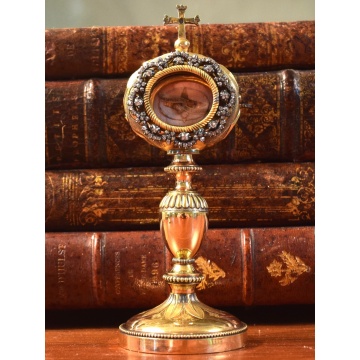 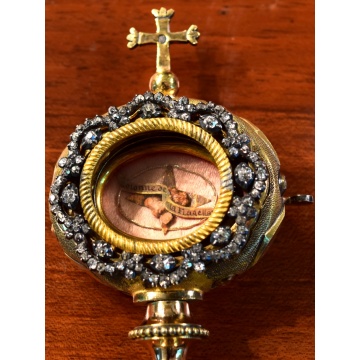 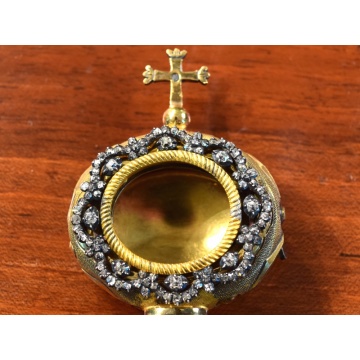 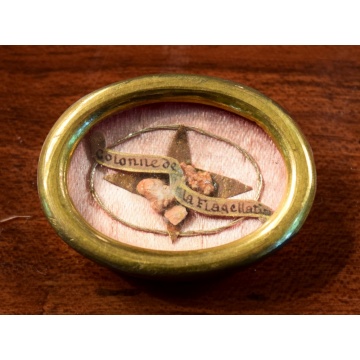 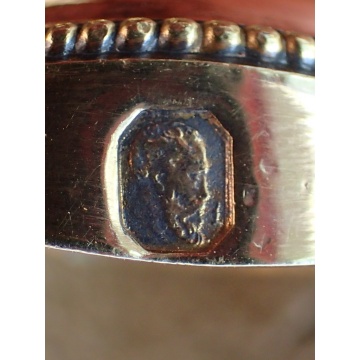 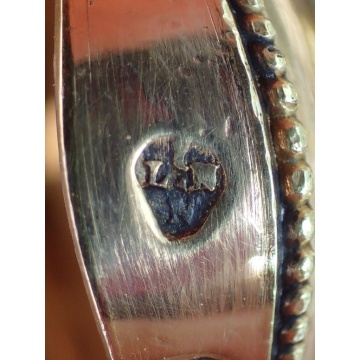 Monstrance comes from the Latin word monstrare, meaning “to show.” The purpose of the monstrance is to put on display a consecrated Host for those present to adore and venerate. The development of the monstrance can be traced back to the 13th century, when Eucharistic processions rose in popularity connected to the new feast of Corpus Christi.

The Monstrance is also called ‘Ostensorium’, which means, in accordance with its etymology, a vessel designed for the more convenient exhibition of some object of piety.

Both the name ostensorium and the kindred word monstrance were originally applied to all kinds of vessels of goldsmith’s or silversmith’s work in which glass, crystal, etc. were so employed as to allow the contents to be readily distinguished, whether the object thus honored were the Sacred Host itself or only the relic of some saint.

Our pair is beautifully carved with laurel leaves and rosettes on the pedestals while the midsection of the stem is decorated with gadroons.

The upper part which displays the relic is worked in amati style (dulling of the gilded silver) while the window is highlighted by rhinestones.
The pieces are topped by a gilded cross.

Both pieces are 18 carat gold covered or ‘vermeillées’ and the Vermeil is intact.

One of the monstrance’s still holds its relic:
A piece of the Column of the Flogging, which is displayed under a tiny banner bearing its name and protected by a crystal pane.

The Makers Mark is for ‘Maitre Orfèvre’ LN NAUDIN (Fils) who registered his mark in 1812 and shows his initials
His workshop was located 24 place de Thionville in Paris.