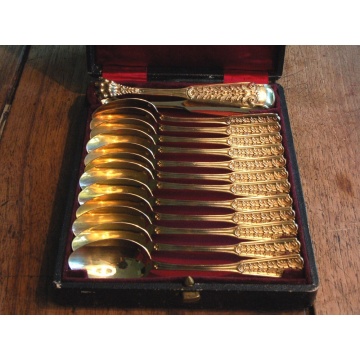 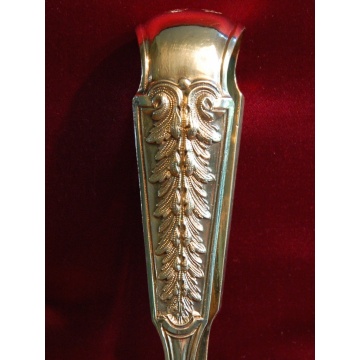 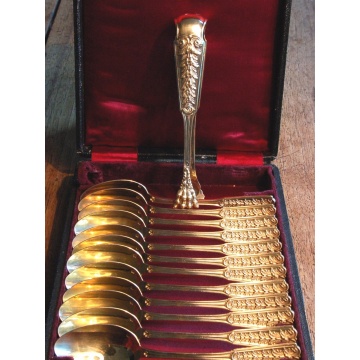 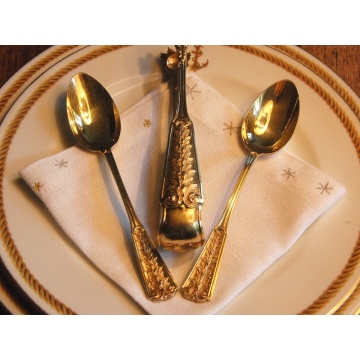 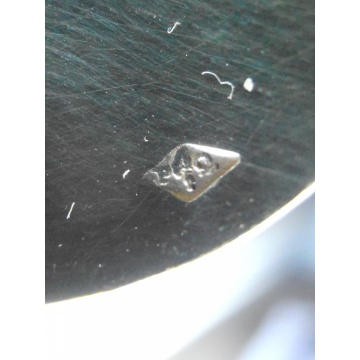 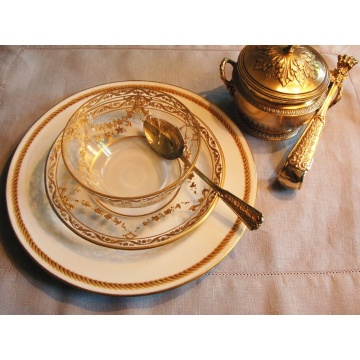 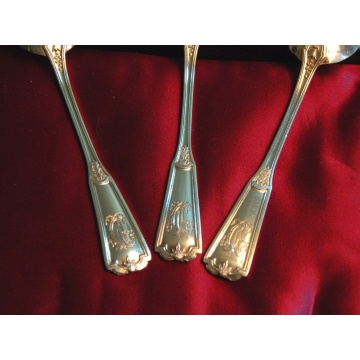 A lovely 13 pieces Antique French Vermeil (or 18 carat gilded silver) Tea or Coffee service set by Maître Orfèvre Pierre François QUEILLE.
This particular set is worked in the Louis XIV design showing a slight square end of the handles.
All pieces are marked with a G and C Monogram.

You have your 12 spoons decorated at the edge of the spoon itself by a lovely design of acanthus leaves spread out in a Palmetto formation.
The Spoons are 5.7 inches long.
The set also showcases a beautifully carved sugar tongs with the ends sculpted into intricate Lions paws, and the body worked in the same beautiful Acanthus leaves motif.The Sugar tongs are 5.6 inches long.
The Vermeil is in Great condition and all pieces are absolutely flawless, no losses or damages.

The set is presented in its original presentation box which is in very good condition.
This set would work beautifully with the Vermeil Egoïste Coffee or Tea Set by Leon LAPAR showcased in our Silver Holloware and ‘Coups De Coeur’ sections.