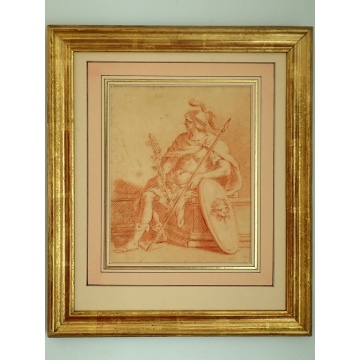 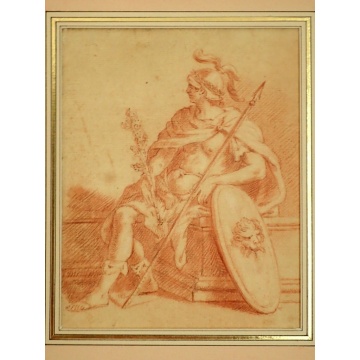 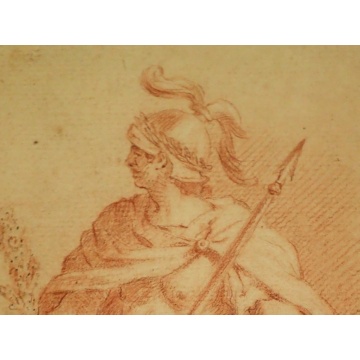 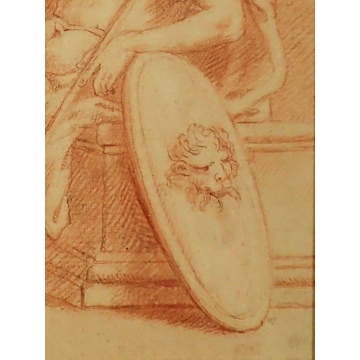 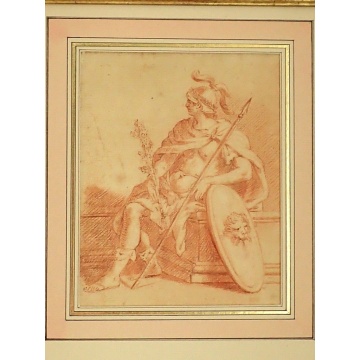 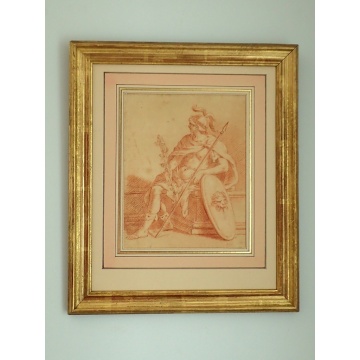 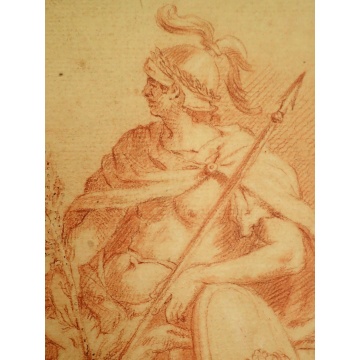 A centurion, Centurio in latin, was a professional officer of the Roman Army after the reform of 107 BC.
Most centurions commanded around 80 legionaries, but seniors often went on to command cohorts of up to 1000.
Centurions had to be literate, have connections, have already served a few years in the military and be at least 30 years of age.

The earlier version of their uniform included the gilded and molded leather torso armour we see depicted on our drawing. A cloth and leather skirt would have completed the vestment along with a cape and a leather shirt.
During combat leather leggings would also cover their legs.

Our Centurion holds a vine staff called in latin a ‘Vitis’ which was a symbol of his authority and the implement with which he meted out punishment.
His ‘Galea’ or helmet in latin, has a distinct crest, called a ‘Crista transversa’ made of feathers. The crest could either be made of feathers or of horse hair and could be directly on the helmet or rose above it as is shown here.
In our drawing we also see a large shield, which holds a lion head. The shields existence as part of their uniform was disputed early on, but has been attested to in many writings of battles.
The drawing is beautiful and lightly executed in Sanguine or Red Chalk yet full of authority and balance.

This Drawing was authentified as a French School XVIII century by the Cabinet De Bayser under number 3095/23.
The gilt wood frame is 19th century.