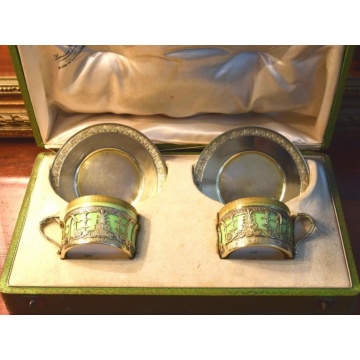 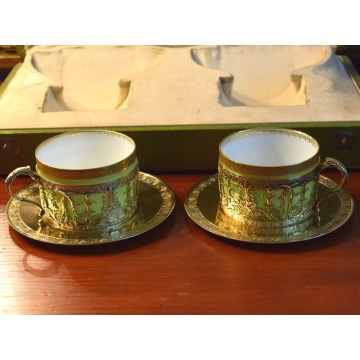 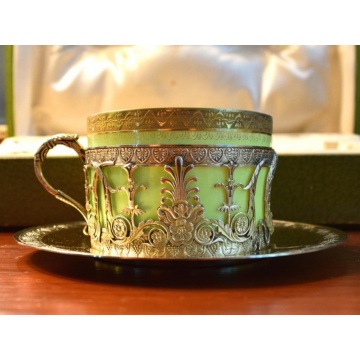 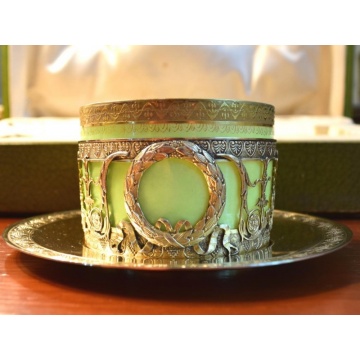 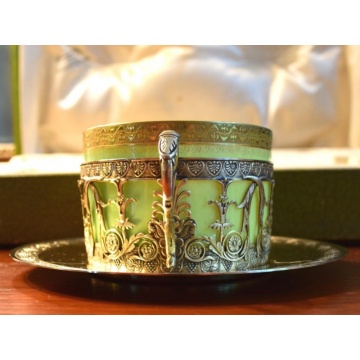 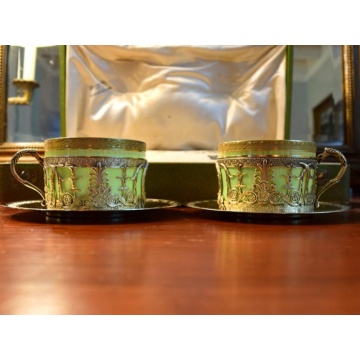 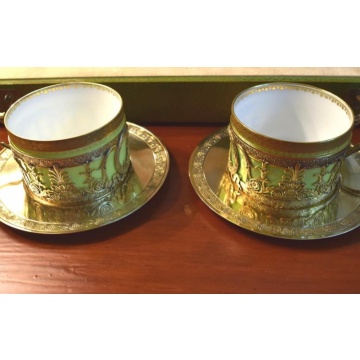 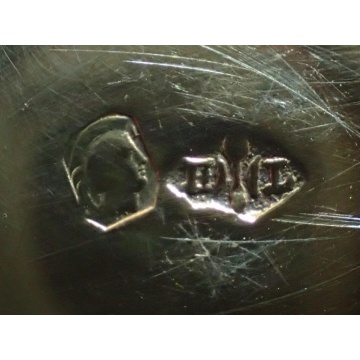 The cups, which consists of a Gold (18 carat) coated silver holders and a lovely porcelain interior decorated with a lovely gold garland, rest on Gilded Silver Plates worked with a vine garland.
The Cup holders are gorgeously decorated.
They show acanthus leaves and laurels wreaths along with rosettes, all of which are beautifully engraved in the Empire style

The porcelain was made by Charles ARHENFELD who came from Paris and was one of Limoges’ porcelain decorators between 1868 and 1894 and worked with several houses in Limoges. In 1894 he created his own factory in Limoges at 83 Faubourg de Montjovis.
His mark is the AC showing on the back of the delicate cups.

The cups handles are worked with delicate acanthus scrolls curling upwards as well as serpent heads.

This charming ensemble is typical of the Empire style.
The work is just exquisite!

The porcelain is intact as are the silver components of this little beauty!
They come presented in their original box which is also in good condition and shows the address of the Lemoine Fils jewelry store that was located 10 rue de Castiglionne in Paris at the end of the 1800s.

The Makers Mark is for Maitre Orfèvre Henri LAPEYRE who registered his mark on November 19th 1895.
It shows an H and an L, separated by a spoon between two crescents.
His workshop was located 49 Rue Meslay in Paris