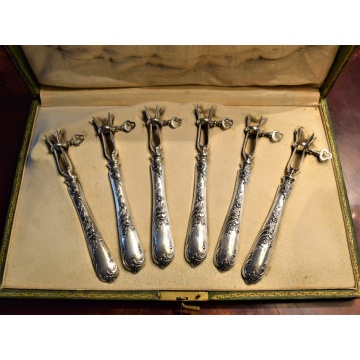 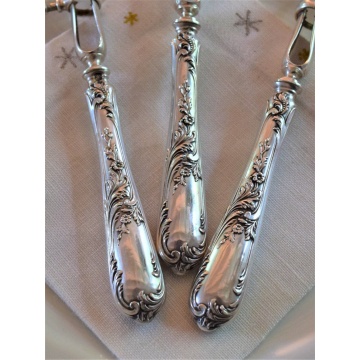 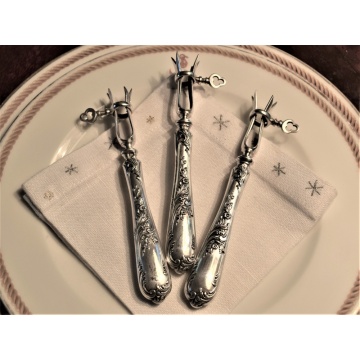 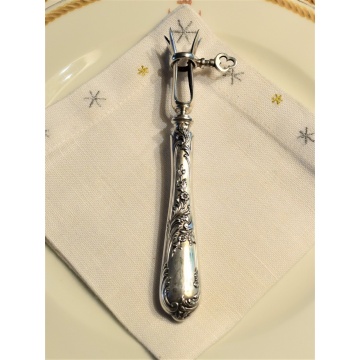 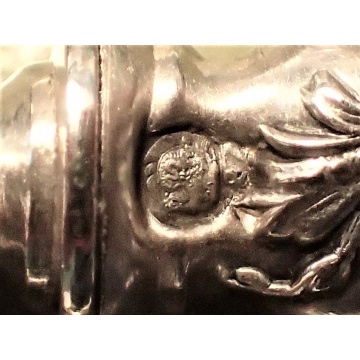 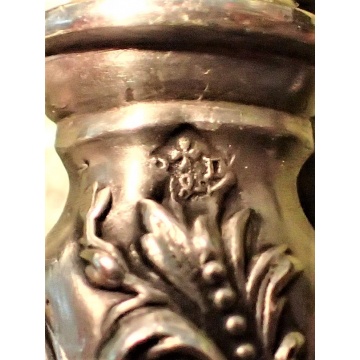 The pieces are in perfect shape and come in their original presentation box which is in perfect condition. They are rather long but it makes them quite practical!

The Makers Mark is for ‘Maîtres Orfèvres’ RAVINET DENFERT and shows the 2 initials separated by a clover leave and the ‘&’ sign underneath.
Louis RAVINET and Charles D’ENFERT had their marks registered in 1891 in Paris.
The original company founded in 1845 by E. Tonnelier was acquired in 1882 by Louis Ravinet . In 1891, Charles d’Enfert entered into a partnership with Louis Ravinet and the company took the denomination of Ravinet d’Enfert.
Ravinet d’Enfert was located in Paris for more than a century at the Hotel de Caumartin, 83 rue du Temple in the « Marais ».
The company was specialized in production of silver forks and spoons and silverware in general. The company participated on a regular basis in exhibitions and received high rewards: gold medals at the Lyon Universal Exhibition in 1894 and Brussels in 1897.