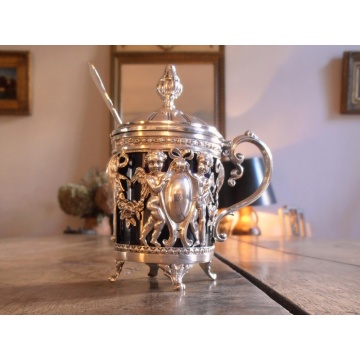 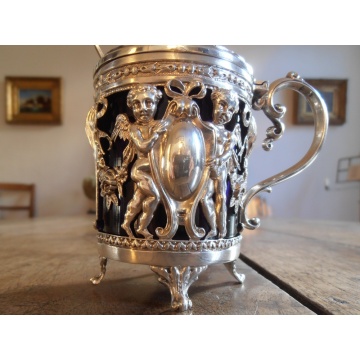 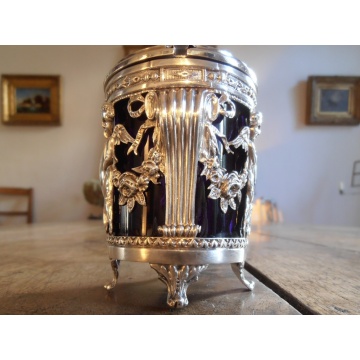 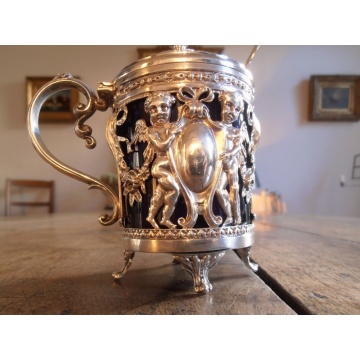 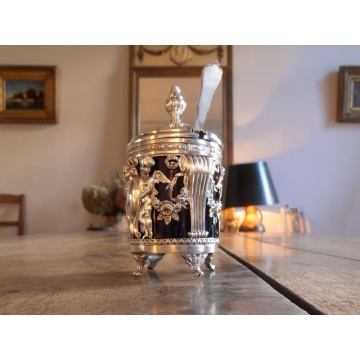 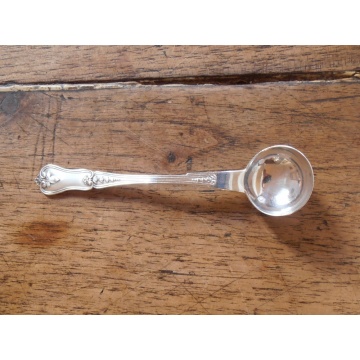 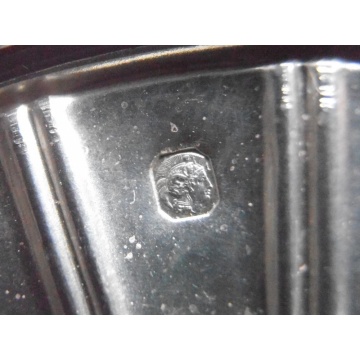 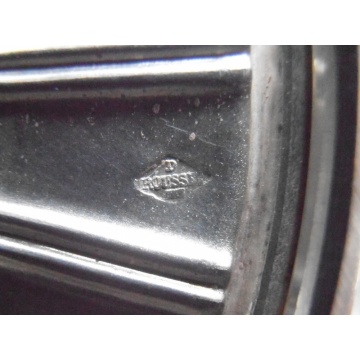 The insert is a simple cobalt blue crystal bowl and is original to the piece.
The silver framework, which holds the cobalt blue crystal, is cut away to reveal the darker colour of the crystal, enhancing the whole effect and outlining the beautiful carvings.
Two main panels showcase two little Cupids with spread out wings holding a medallion originally supposed to receive a monogram. Roses and ribbon garlands surround the main figure, while two curved silver pilasters separate the two panels.
The body of the pot rests on four little feet decorated with acanthus leaves .
The lid is decorated with large gadroons and is topped by a rounded finial.
The silver spoon is decorated with acanthus leaves

The whole piece is in superb condition, no scratches or marks.

The Makers Mark is for Eugene ROUSSEL DOUTRE and shows a D and ROUSSEL written out with a double two domino underneath.
His mark was registered several times, starting on March 1849, then June 1849, then October 1854 and finally in June 1862. His offices were located first at 6 rue Sainte Avoye then 4 Rue de Braque, then finally 10 Rue de Braque.
His son took over in 1895. The Roussel Doutre Dynasty lasted from 1849 to 1969!