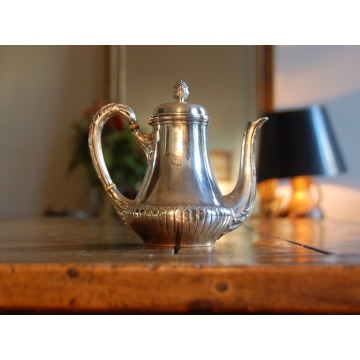 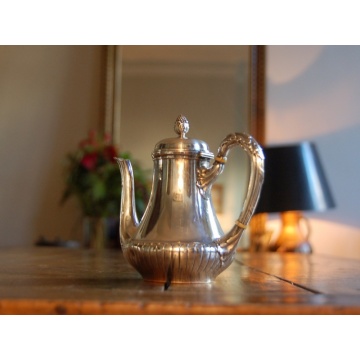 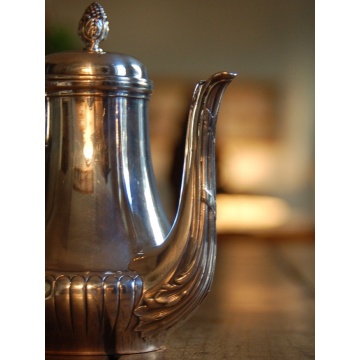 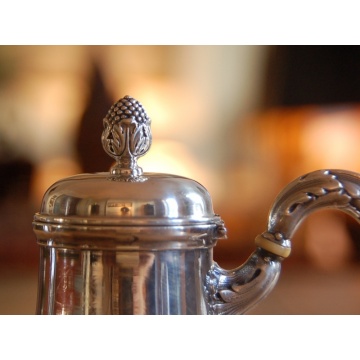 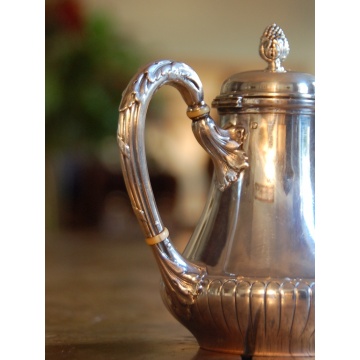 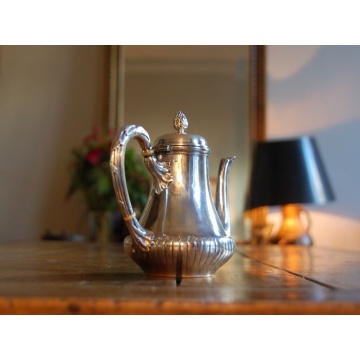 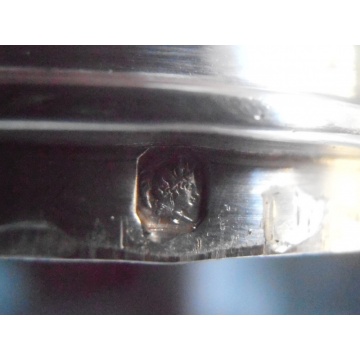 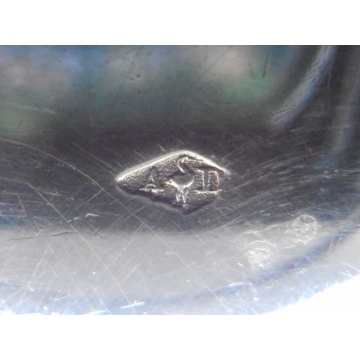 This lovely Antique Silver Coffee Pot is called ‘Egoïste’ or Selfish in French as it holds roughly 4 Espressos or 2 larger coffees but no more! Hence the connotation of Selfish!

The very simple and elegant body is baluster shaped and has a rounded line of gadroons on the lower part that goes to the bottom of the piece and ends in a rounded base.
The lid is slightly rounded and topped by a Finial, or ‘Frétel’, in the form of a blackberry, with its leaves beautifully rendered.
The handle is beautifully worked in an acanthus leaves motif spreading over a reed bunch which is laced by a ribbon. The handle itself is isolated by two ivory rounds so as to avoid it getting too hot.

It is a really lovely little piece!
There are two small dents on the gadroons. Both show on the pictures.

The length indicated above is taken between the handle and the end of the spout.

The Makers Mark is for Alphonse DEBAIN
Alphonse DEBAIN was the son of Alphonse Edouard DEBAIN and his Mark was registered on March 19th 1883 – It was cancelled (biffé) on March 8th 1911. His workshop was located at 79 Rue du Temple in what is now called the Marais area of Paris.