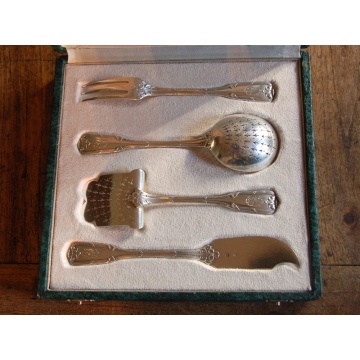 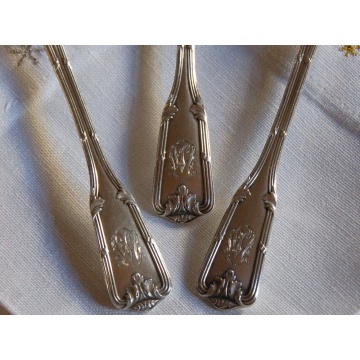 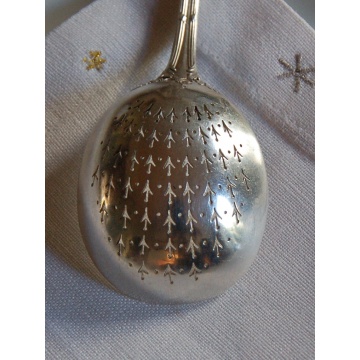 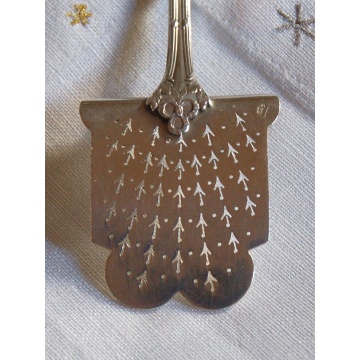 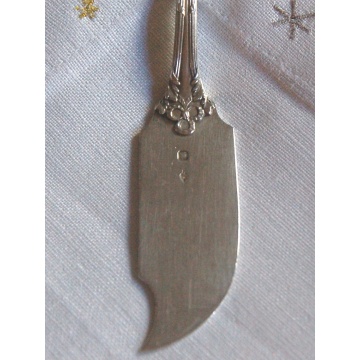 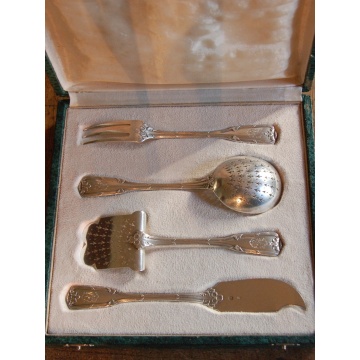 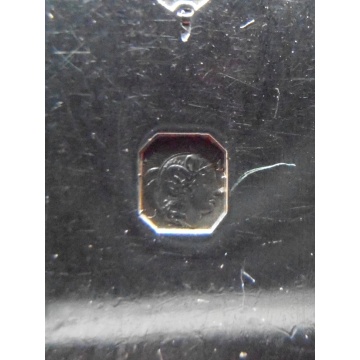 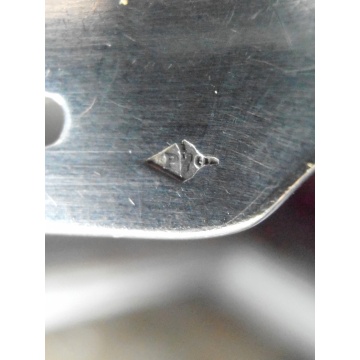 The Hors D’oeuvre Service Sets were usually sold separately from the ‘Ménagère’ and tailored to order.
One could choose between different implements on offer, ranging from several types of olive and gherkin spoons to pate slice or servers, butter knives and sardine forks.
This solid silver set is in the Louis XVI Style with a delicate ribboned reed and acanthus leaf design on the handles.
Each handles is monogrammed with GW letters.

Starting by looking at the full picture of the implements (1st picture) on the upper side we have a sardine fork. (6.18 inches long)
It is followed in by the Olive Spoon, which measures 6.18 inches.
Third from the top comes the pickled vegetables server, which stands at 5.95 inches long.
The last piece is a pâté knife, which is 6.69 inches long.
All pieces are in great state! No marks or losses to the silver, and very elegant.

They come in their original fitted box which is in excellent condition.

He started a dynasty of Master Silversmith in 1834 and stayed in business from 1834, to the 27th of November 1846 (Date his mark was cancelled),Pierre François QUEILLE had his worshop at ’70 Rue du Faubourg Montmartre in Paris’.
He left over his practice to his son Eugene QUEILLE who moved shop to ‘8 Rue Saint Roch Poissonière’. He started work on February 11th 1847.
He then in turn left over his practice to his son: Pierre François QUEILLE who was named after his grandfather.
They moved their practice in 1874 to ’11 Rue des Petits Carreaux in Paris’.
Their production was sold by other Master Silvermiths as well, and they collaborated with several bigger names as the House of ODIOT and the House of FROMENT MEURICE!
Their House stopped production in 1930.