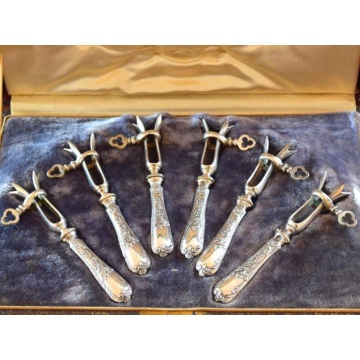 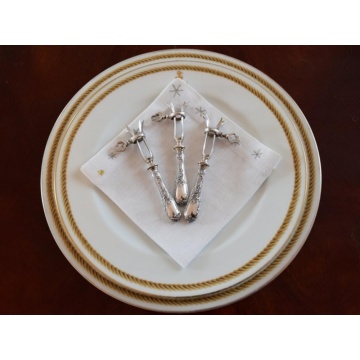 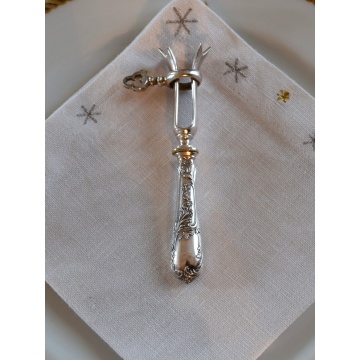 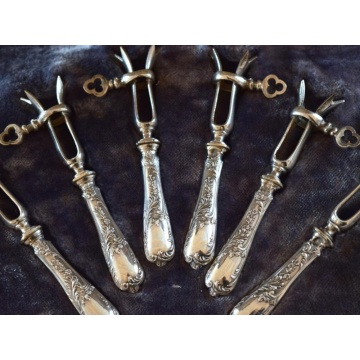 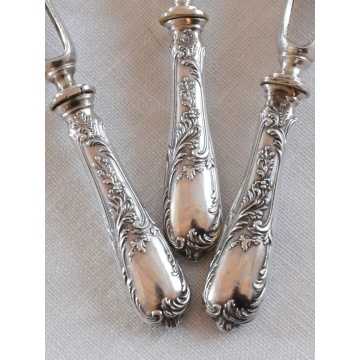 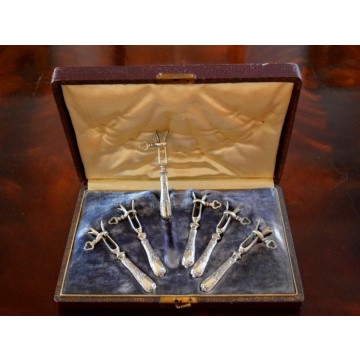 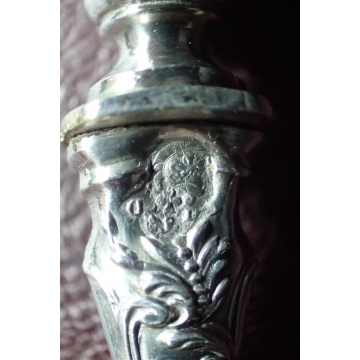 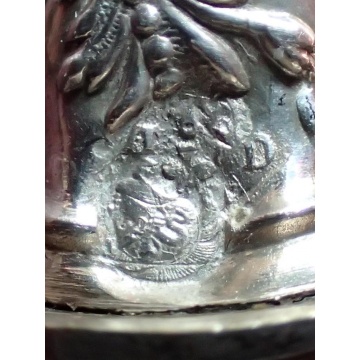 They are charmingly decorated in the Louis XV Style with delicate geometric scrolls on the handles as well as a ‘rocaille’ medallion, ending with a tiny ‘rocaille’ knob.
They are part of all these implements that were created to facilitate meals and particularly to avoid to the diner participants any occasion to dirty their hands while dining…
Hence the little clamps would be fitted in the kitchen onto the bone of the cutlet and screwed tight, so the guest would simply have to pick up the little handle and tranquilly, as well as cleanly, enjoy the little cutlet!

Some of you maybe more familiar with the Leg of Lamb holder which is often part of a meat carving service set, but we really love this smaller version presented during meals for lamb cutlets.

The pieces are in perfect condition and come in their original presentation box, which is in good condition.

The Makers Mark is for ‘Maître Orfèvre’ Louis RAVINET and Charles d’ENFERT.
The company founded in 1845 by E. Tonnelier was acquired in 1882 by Louis Ravinet (1854-1925). In 1891, Charles d’Enfert entered into a partnership with Louis Ravinet and the company took the denomination of Ravinet d’Enfert. Ravinet d’Enfert was located in Paris for more than a century at the Hotel de Caumartin, 83 rue du Temple in the « Marais », until the 1970s when it closed.