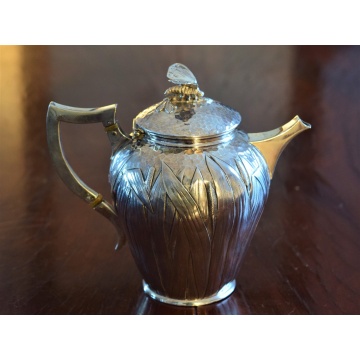 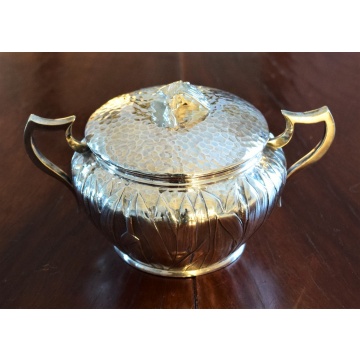 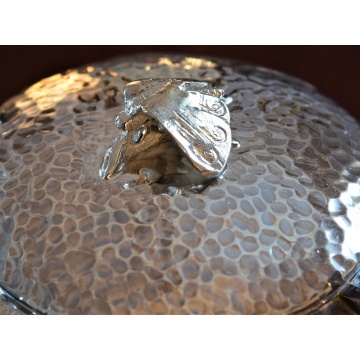 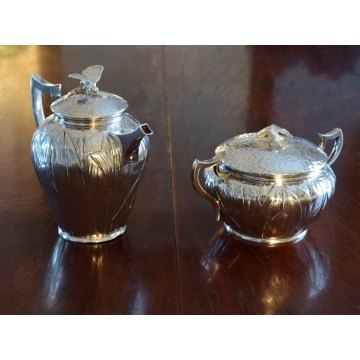 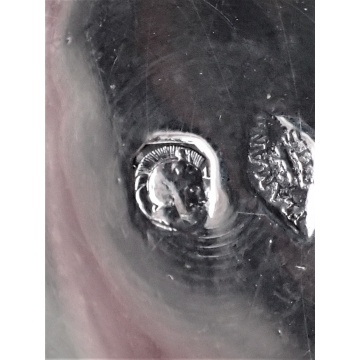 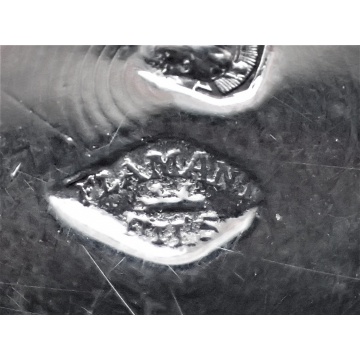 The coffee pot is called ‘Egoïste’ in French as it holds roughly 1 coffee but no more! Hence the connotation of Selfish!
The work on the 2 pieces is absolutely exquisite!
The Selfish Coffee pot is delicately carved with with beautifully depicted water reeds on all sides while the finial thakes the shape of a charming butterfly.
The lid and upper part of the pot are hand hammered for more effect.
The same technique is used on the sugar bowl, but with the butterfly lowering his wings on the lid instead of extending them up.
Both pieces are truly unique and quite exquisite!

The Makers Mark is for FLAMANT & FILS.
Their Mark distinctly shows the name with one boat carrying two men.
They followed in the footsteps of Louis Frederique Flamant and Edouard Debain and actually occupied the same address at 140 Rue Du Temple in what is today known as the Marais part of Paris.
Their mark was registered on July 25th 1880, and cancelled on June 22nd 1891.