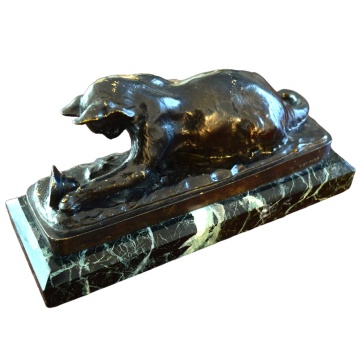 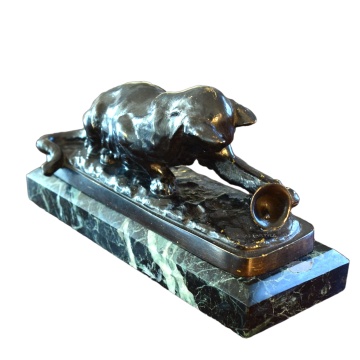 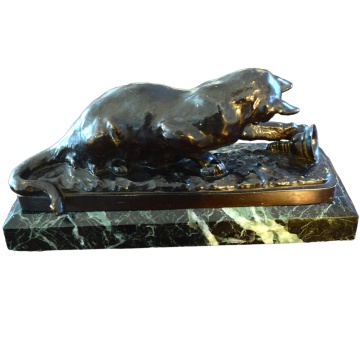 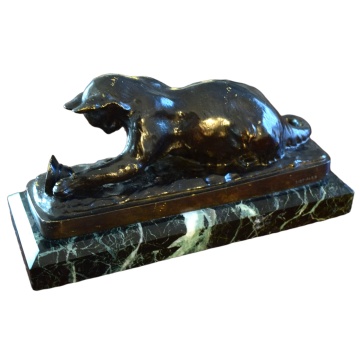 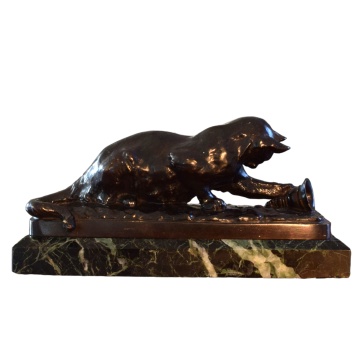 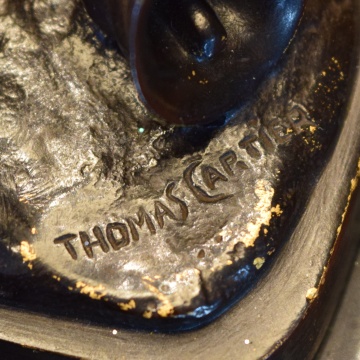 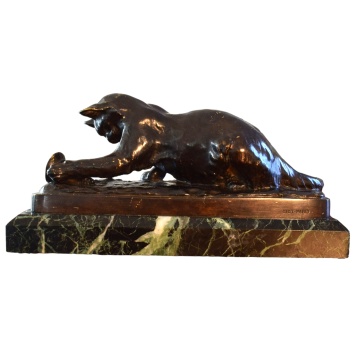 A lovely sculpture by one of France’s best ‘Animalier’ sculptor’s, showing a long-haired kitty extending his paw to jiggle a little bell.
The movement is wonderfully lifelike, typical of Cartier’s pieces.

Thomas François Cartier was a French animal sculptor and illustrator.
He was born on February 21, 1879 in Marseille.
A student of Georges Gardet and Victor Peter, he specialized in animal sculpture.
He exhibited at the Salon des Artistes Français from 1904 and received several medals of which a gold medal in 1927.
During the First World War, he became an illustrator and produced numerous postcards for anti-German propaganda and to support the ‘poilus’.
After the war, he settled in Saint-Amand-en-Puisaye and designed many war memorials.
He lived at 6 rue Desaix in Paris and died on April 26, 1936 in Saint-Vallier.

Our sculture shows a brown patina and green marble base, is signed by Thomas Cartier, and shows the Siot Paris Founder Mark.