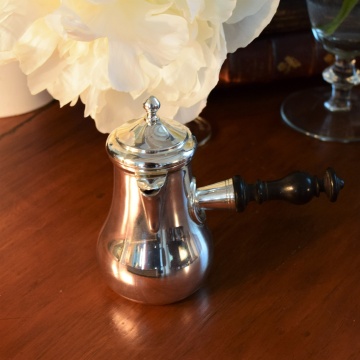 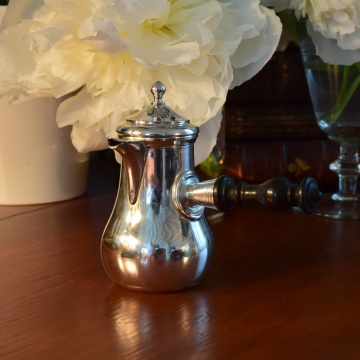 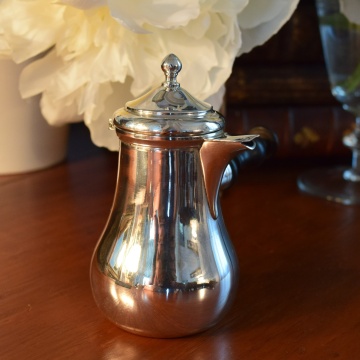 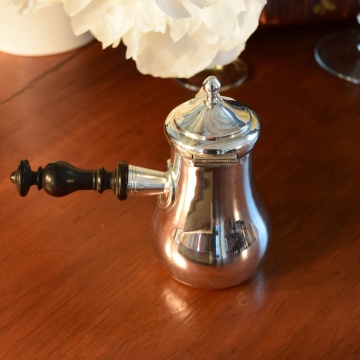 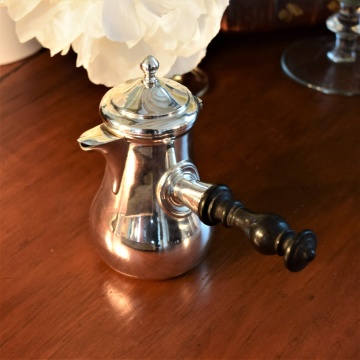 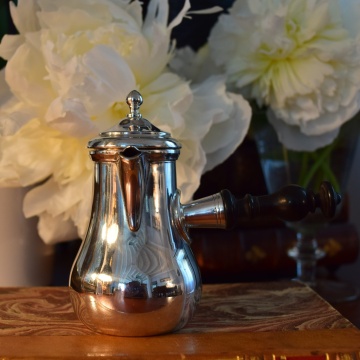 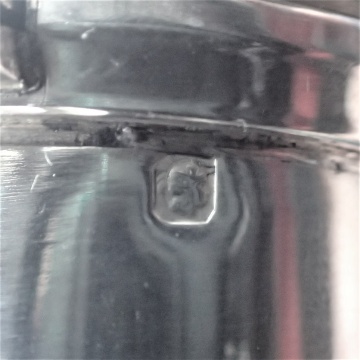 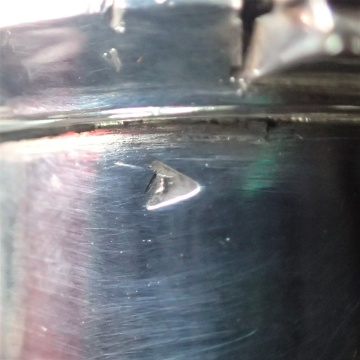 This creamer or milk pot is called ‘Egoïste’ in French as it holds enough coffee milk for 2 guests but no more! Hence the connotation of Selfish!
It is really adorable and the work on it is exquisite!
Its body is baluster shaped and rests on a round base, while the handle is in twisted Ebony and is removable
The lovely spout is duck bill shaped.
The dome shaped lid is topped by a spinning top as a finial.

An absolutely charming piece!
The length given above includes the handle.

The Mark is probably that of Charles Forgelot. His Mark shows a C and an F with in the middle a portable forge.
Though the first part is erased we have the F and the ending of the portable forge
He registered his mark in 1901 and cancelled it in 1928.