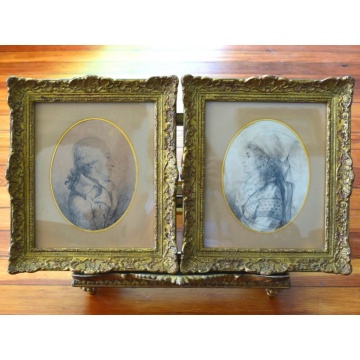 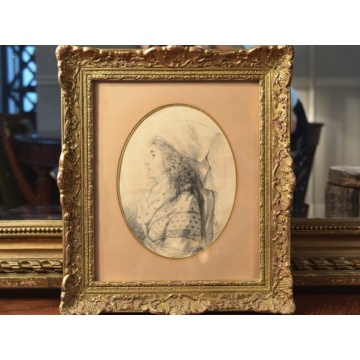 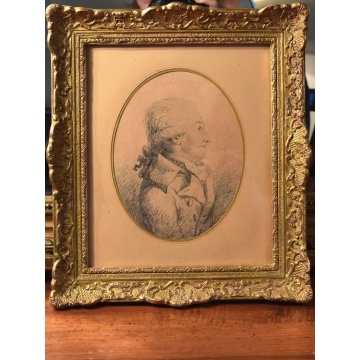 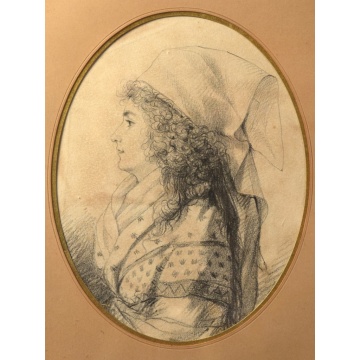 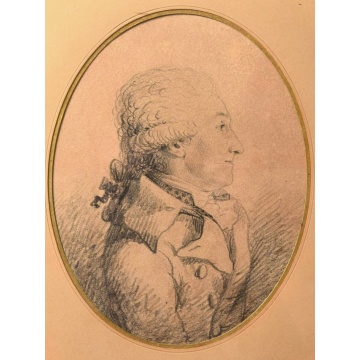 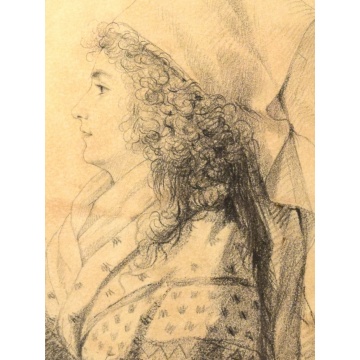 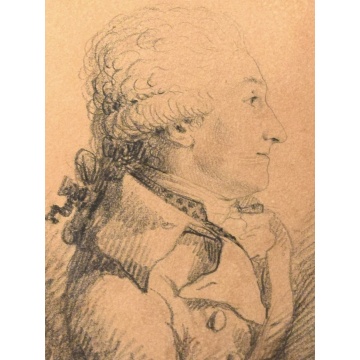 Simply but masterfully drawn in lead pencil, these two portraits represent a couple dressed in the ‘Bourgeois’ vestments adopted by the French towards the end of the French Revolution.

The gentleman’s portrait shows the large collared jacket made popular by Danton during the revolution.
We still see the older regime inheritance with use of the powdered wig he wears.

The woman wears a dress covered by a light stole and a simple head cloth draped across her curled hair.

Both costumes depict the fashion around the year 1793 in France, but the drawings were probably done in the early 1800s.

These portraits were acquired at the Hotel des Ventes Marseille Provence in 2017 under # 439.