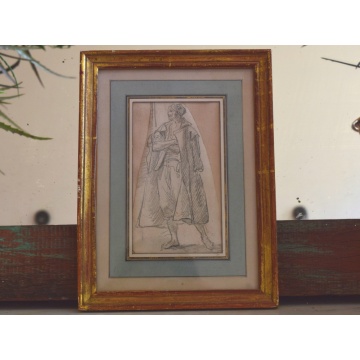 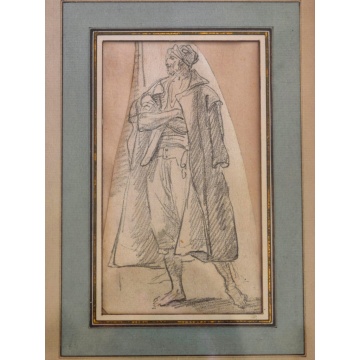 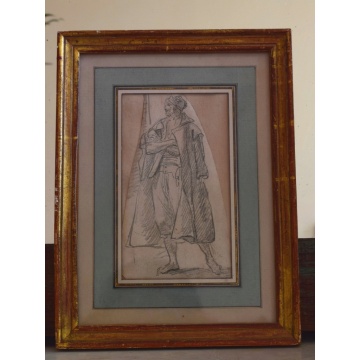 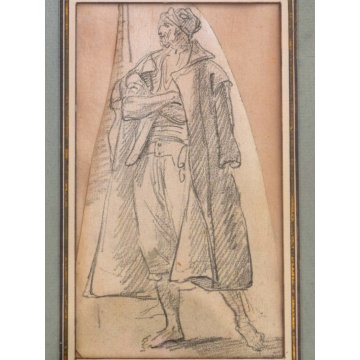 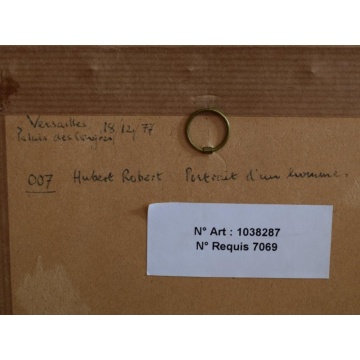 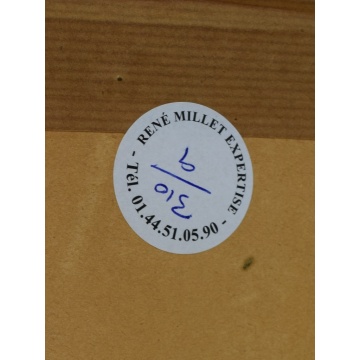 Charming Pencil Drawing Of a Standing Man By H Robert~Sold~

A Charming Pencil Drawing by Hubert ROBERT, Paris 1733 – 1808
A Study in black pencil, it represents a man standing up with a coat draped over his shoulders and a hat on his head.
Bare feet, he smiles slightly with his arms crossed on his chest.
The movement of the feet is beautifully rendered, as are the crossed arms.

The drawing has been probably cut off a larger paper, and is protected by a glass.

Hubert Robert has come down in history as a painter of ruins and landscapes, but he was above all one of the 18th century’s greatest creators of poetic images.

Witty and urbane with an endlessly enquiring mind, Hubert Robert was a true man of the Enlightenment. He followed a remarkable artistic path that led him from Rome in the mid-18th century to the court of France, where he produced some of the most spectacular decors in the brilliant decade that preceded the French Revolution. A chronicler of Paris and of the stormy history that rocked the late 18th century, he ended his distinguished career as a thoughtful and committed curator of the brand new Muséum Central des Arts, the future Musée du Louvre. The work of this visionary artist was both eclectic and deeply coherent. It encompassed a broad range of genres: poetic landscapes, imaginary urban views inspired by architectural capricci, archaeological studies, remarkable and innovative designs for gardens and palatial decorations.

Our little drawing has been authenticated by the Expert Mr Rene MILLET and bears his stamp.
It was first sold in Versailles December 18th, 1977 by Maitre Martin under Lot # 7.
Then again in Bar Le Duc in March 7th 2010 by Maitre Cappelaere Pruneaux under Lot # 203.
We purchased this charming piece on November 30th in Chinon from Maitre Christophe HERBELIN under Lot # 7.