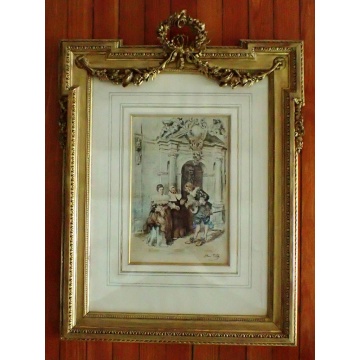 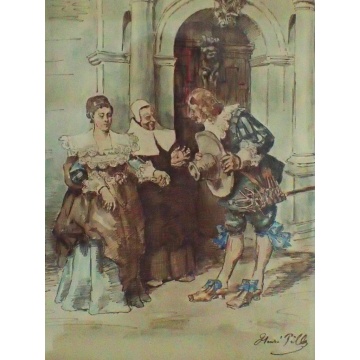 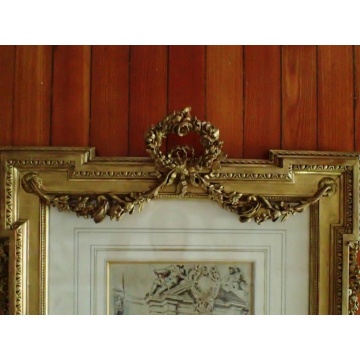 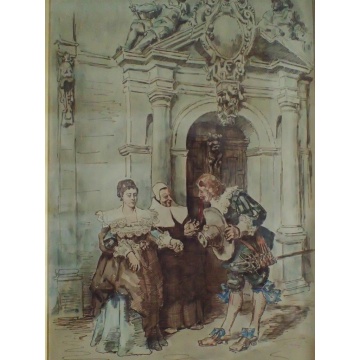 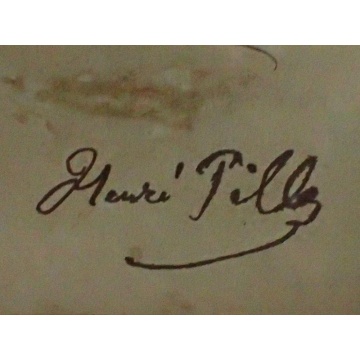 Charming watercolour Of A Galant Scene By H PILLE~Sold~

Charming watercolour Of A Galant Scene By Henri PILLE.

Set in Louis XIII’s time the décor shows a Gentleman dressed with the flamboyancy of the 17th century in elaborate silk and lace collars.
He wears a ceremonial sword and appears to be courting a young lady who demurely casts her eyes to the ground.
The young lady is mentored by a religious looking chaperone who smiles knowingly at the gentleman….
The scene is nearly comical and was probably meant to be the illustration of a period book.
This charming watercolour is signed by Henri PILLE.

Henri PILLE was born in 1844 in Essomes Sur Marne and studied Art under Felix Joseph Barrias.
Quite talented he submitted his first painting to the Paris Salon in 1865. In 1869 he went on to win a first Gold medal from the Ministry of the Emperor’s household and Fine Arts.
Twenty years later he was given a Gold medal at the 1889 Paris Exposition.
His work was often historically related, with genre scenes often tinged with humour such as is shown in our painting.
He was particularly known for his watercolours and his pencil drawings.
He made numerous illustrations for magazines and newspapers and was a favourite of the Art Community of Montmartre.
Vincent Van Gogh, having met him in 1875, was a fan his and repeatedly expressed his admiration for his work
Henri PILLE was awarded the Legion d’Honneur in 1882 and was elected President of the Society of Illustrators.
He passed away in Paris in 1897.

Our charming watercolour was acquired in Vendome in April 2018.
The Painting is showcased in a gorgeous 19th century gilt and carved wood frame.
Carved in the Louis XVI Style it is magnificent and in great shape.