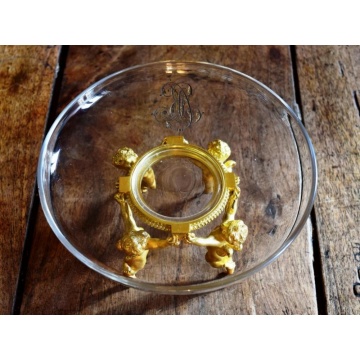 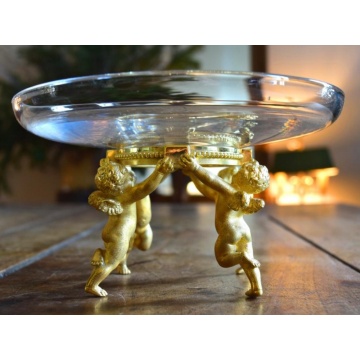 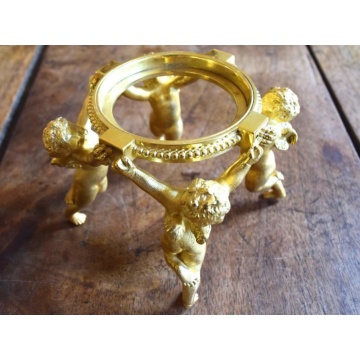 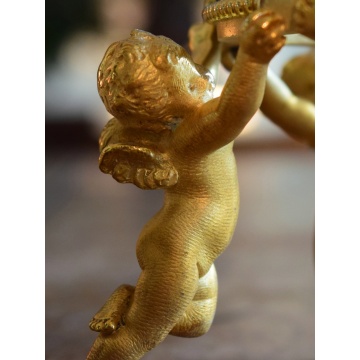 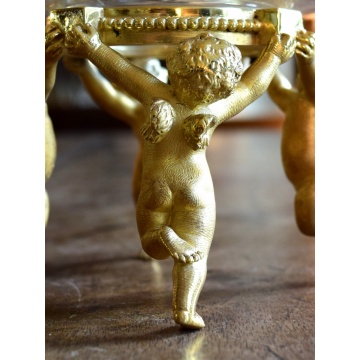 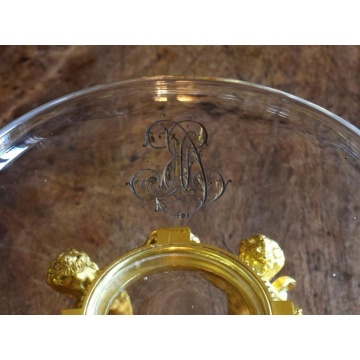 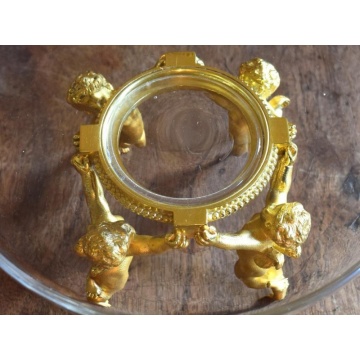 The Charming Cherubs are made out of Bronze, and delicately gilded in a two tone 18 carat gold.

The details on the Cherubs are adorable with their little stubby wings cutely defined, while the engraving on the chubby little bodies is exquisite.
Stretching their arms the hold up a Crystal plate which is engraved with a gold monogram spelling: JPE.

The Putto was originally inspired by the Greek and Roman Ancient Arts.
Symbolizing love the Putto would reappear during the Renaissance period and could be found up to the Baroque period.
They were then once again heavily in fashion towards the end of the Second Empire
Putti were usually represented as chubby young boys and often winged.

A totally charming find – lovely to put on a table with some Macaroons!