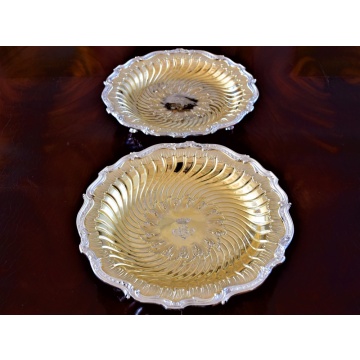 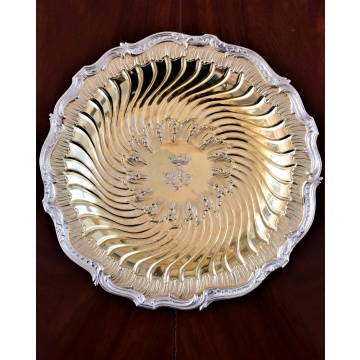 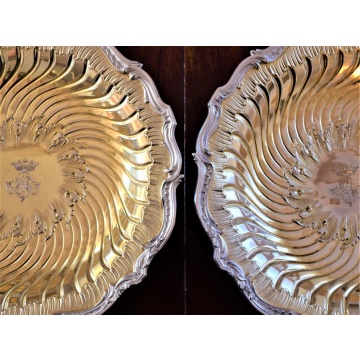 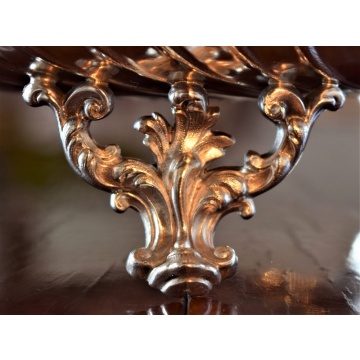 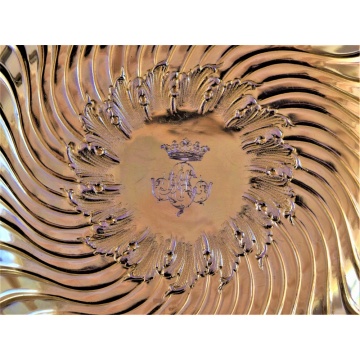 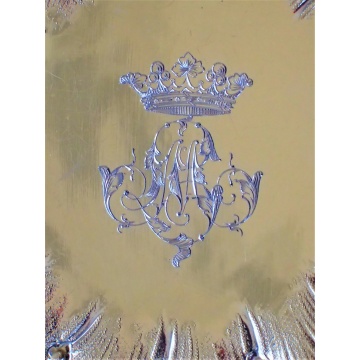 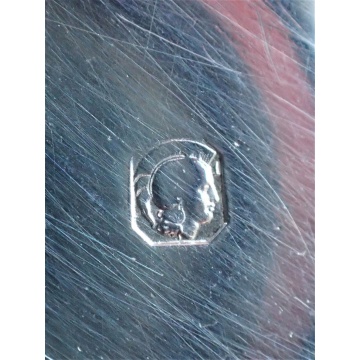 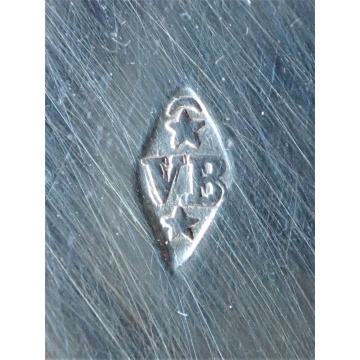 The Presentation Plates are made entirely of silver with the center part lightly gilded with 18 carat gold.
The Rim of the two plates is decorated in the Louis XV style of ‘Rocaille’, showing beautiful floral scrolls and combed waves on the borders with the same combed waves design decorating the center part.

The Plates rests on 3 scrolls of solid silver decorated in the Rocaille style.
They can be used in a myriad way, from Fruit presentation to Cupcakes or Cake presentation.
They are both are in excellent condition! No chips or damages with only a very little lightening of the gilt.
They bear a beautiful LM Monogram topped by a Marquis’s crown.

The Makers Mark is for ‘Maitre Orfèvre’ Victor BOIVIN and shows a V and a B with a star above and below
He registered his first mark shortly after his father in the 1880s.
The Mark was registered again in 1897. Victor BOIVIN had taken over from his Father, Jules BOIVIN (who himself had picked up after Nicolas VAUTRIN) after he his retirement.
The BOIVIN specialized in ‘Pieces de Formes’, or larger pieces, as well as Cutlery.
The Boivin’s received several prizes during the world Fairs in 1867 and again in 1889.
The workshop was located 5 rue de Montmorency in Paris.