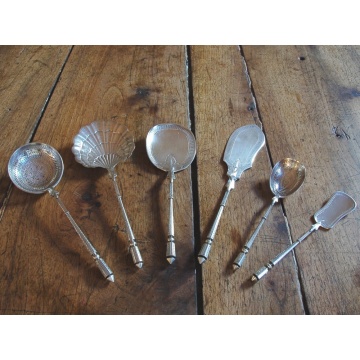 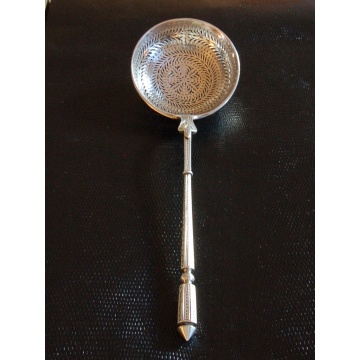 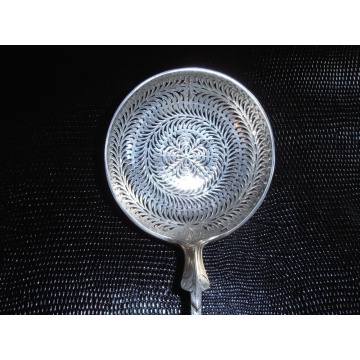 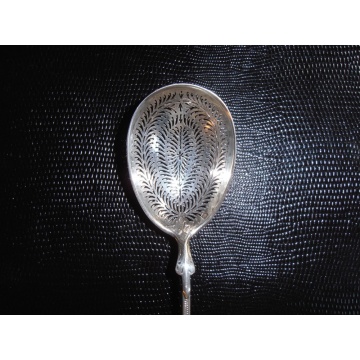 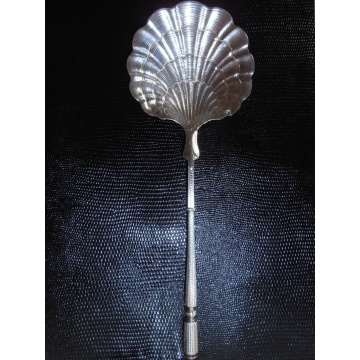 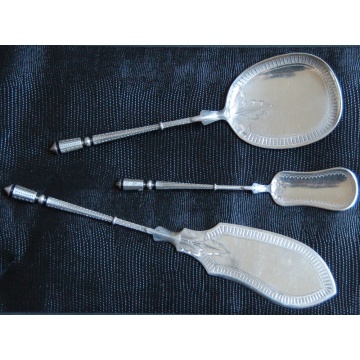 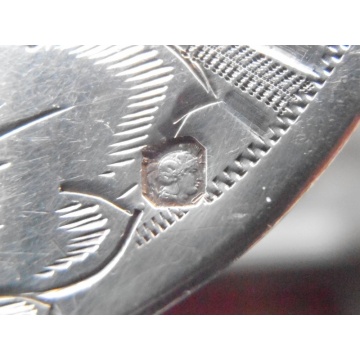 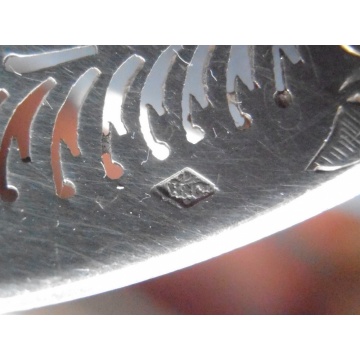 A Rare and Delicate Antique French Silver ‘Bonbons’ (Candy) Service Set by HENIN & Cie.
Though called a Bonbon Service Set, they were more considered as Dessert Service Sets and could come with several different implements.
They became one of the gifts of preference for a wedding and were rarely composed of more then 4 pieces, hence the fact that the set we have here is really exceptional.
One could choose between different implements on offer, ranging from several types of spoons, to sugar tongs and pie ladles.

Our lovely set by Henin all sport ‘Manche A La Russe’or Russian style handles, which was rather rare on these pieces, they start by being square and then move on to become 8 sided. All sides are lightly carved with palmettos. The handles end in a rounded spike.
The loveliest part is the work on the spoons bodies which are hand carved with geometric cut outs of an incredible delicacy!

Starting by looking at the full picture of the implement (1st picture) on the left hand side we have a Sugar Sifter spoon with incredible cut out work on the spoon body (8.1 inches long)!
Then we have our Strawberry Spoon with the main part beautifully carved on both sides into an incredibly accurate scallop shell (8.6 inches long)
Third from the left comes a larger spoon used to serve fruits, with its left hand side slightly raised in order to hold them better on the spoon (20.8 inches long). The fourth piece is a pie cutter and server (9.4 inches long).
The fifth piece is a Bonbon spoon that could let the sugar seep through its beautiful cut out spoon body, making the bonbon a little easier to handle (6.6 inches long)
Finally we have our ‘Petits Fours’ server,that could also be used to serve ‘Fondants’a kind of light melting candy (6.70 inches long)

All pieces are in great state! No marks or losses to the silver. The work on them is just exquisite!