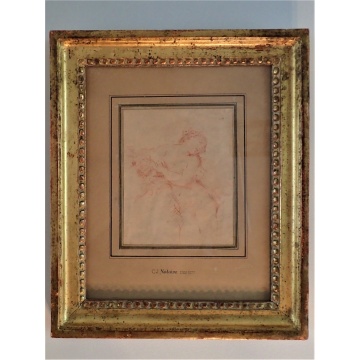 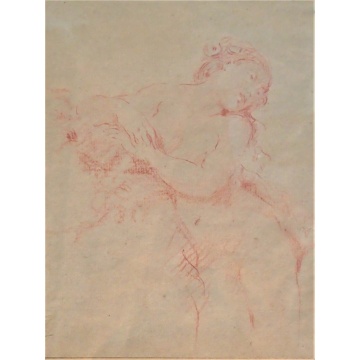 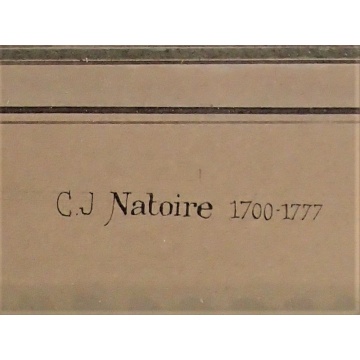 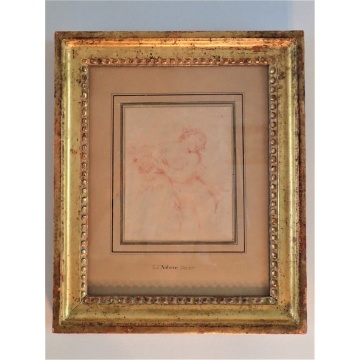 Delicate Sanguine Portrait of A Young Woman by Natoire~ Sold~

Delicate Sanguine depiction of a young Woman Attributed to Natoire.

Initially trained by his father, a sculptor, Charles-Joseph Natoire moved to Paris at the age of seventeen to apprentice with the painter Louis Galloche. He then studied with Francois Le Moyne, from whom he inherited a taste for the female nude.
Natoire’s first known painting, Manoah Offering a Sacrifice to the Lord, won him the coveted Prix de Rome in 1721. While at the Académie de France in Rome, he was recognized for his superb draftsmanship, received commissions from important patrons, and was awarded first prize from the Accademia di San Luca. Natoire returned to Paris in 1730, and four years later was received as a full member of the Académie Royale.

Natoire’s popularity spread immediately upon his return from Rome, when he was commissioned by the Directeur-Général des Bâtiments to execute an extensive decorative scheme for the Château de La Chapelle-Godefroy. Natoire spent nine years working on the paintings for this château. From 1737 to 1739, Natoire, along with Carle Vanloo, Pierre-Charles Trémolièrs, and Francois Boucher, collaborated with the architect Germain Boffrand on the restoration of the Hôtel de Soubise in Paris, which now houses the French national archives. In 1751 Natoire returned to Italy, after accepting the position of director of the Académie de France in Rome. Although he continued to receive commissions for paintings, in later years his artistic energy was focused on drawing and on teaching students such as Hubert Robert and Jean-Honoré Fragonard
In our delicate painting the strokes are lightly but masterfully executed.
The frame is lovely in gilt wood, a pure 18th century!