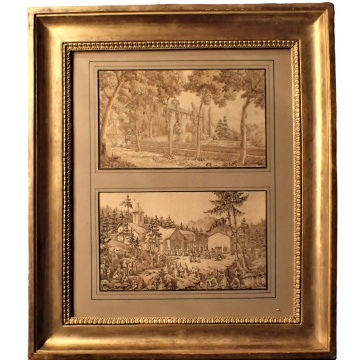 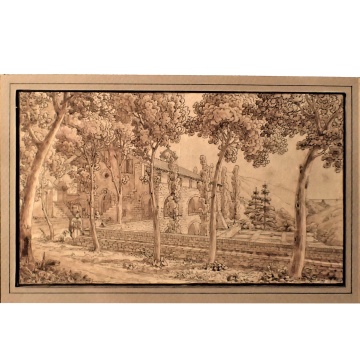 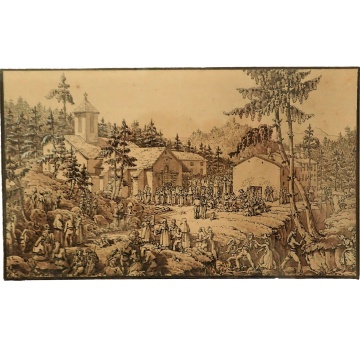 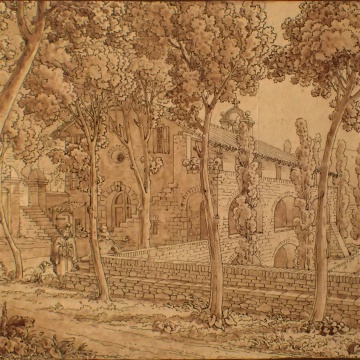 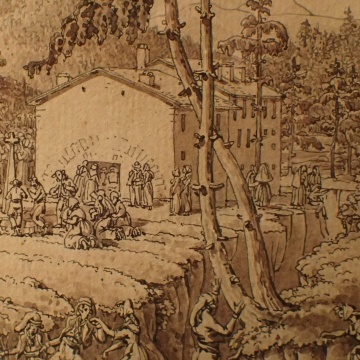 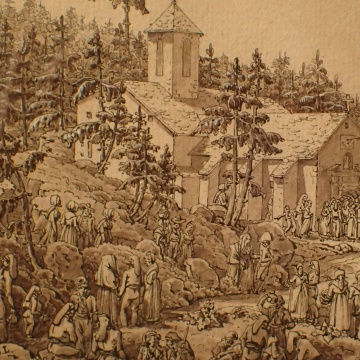 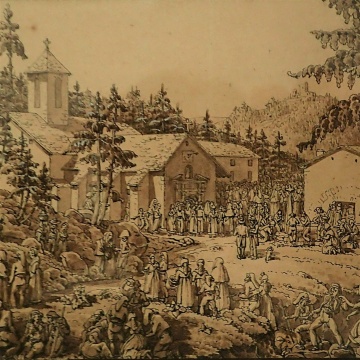 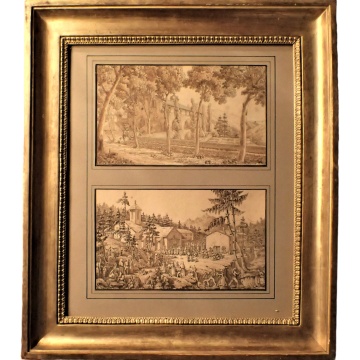 Portraying one a view of a Monastery on a hill and the other a Religious Procession and celebration in the countryside, this pair of Ink drawings are monogrammed and dated 1818.
The pair are typical of the style of drawings done by the artist at the time.
Using brown and black ink as well as white chalk he depicts the monastery as a lovely and serene domain, while the religious celebration is full of life, with a wonderful attention to details.
The protagonists are beautifully detailed the scene conveys the piety and devotion found at the time in the country…

Charles Stanislas L’ÉVEILLÉ was born in Paris on February 4, 1772. He is the son of Charles L’ÉVEILLÉ, who practiced the profession of gilder on metals.
A graduate in engineering from the Ecole des Ponts et Chaussées, he was also an artist and a poet.
An avid traveler, and an excellent draughtsman, he went to Italy, Greece and Turkey during the Napoleonic period, from which he brought back many drawings related to the taste for antiquities at the time as well as scenes from day-to-day life in the different countries.
After participating in the creation of a military port in Constantinople (Istanbul) he moved to the Languedoc area and then to Caen before continuing his career in Meaux starting 1802.
It is in Meaux that he worked on the Canal de l’Ourcq for which he would become quite well known.
But throughout his life, Charles Stanilas L’ÉVEILLÉ was also known as a painter, belonging to the classical French School.
This was undoubtedly his true vocation and, very early on, he exhibited and became known in the main painting salons.

This lovely pair of drawings are probably testimonies of the day to day life scenes in Meaux.