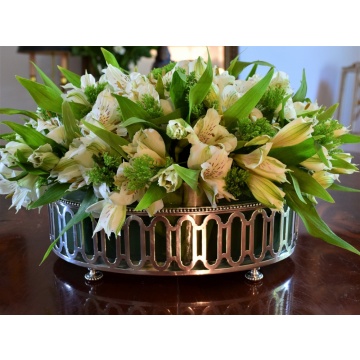 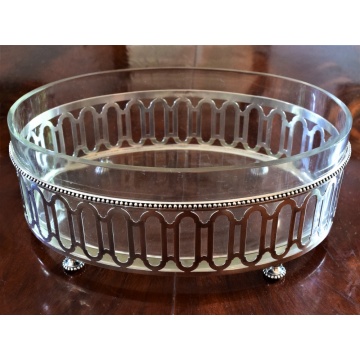 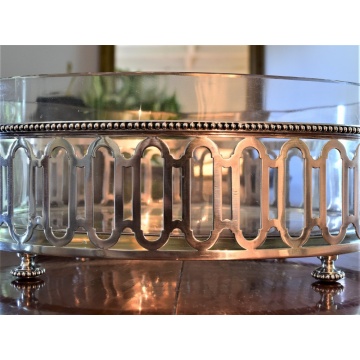 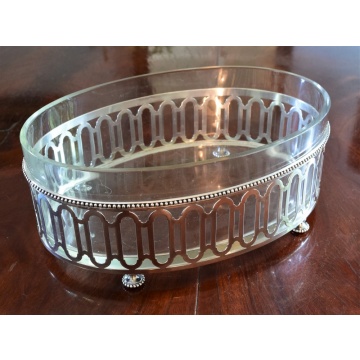 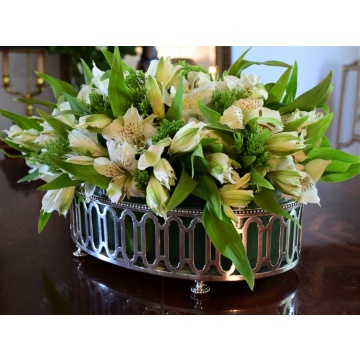 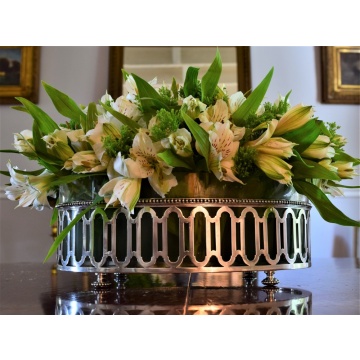 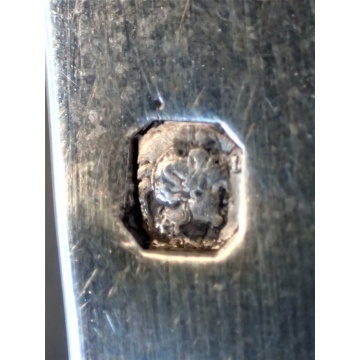 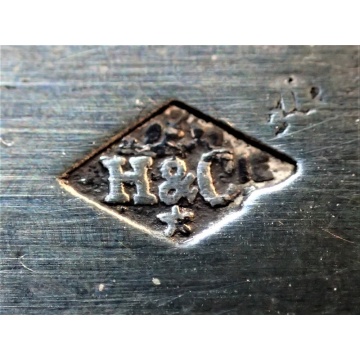 The clear crystal insert is in prefect condition no chips or scratches.
The ‘Jardinière’ or Flower centre table, if you would, was used in a variety of ways in order to embellish the table, by either setting flowers or fruits or other items that could enhance the set up.
But you can also use it in many other ways: to present sweets, cookies or simply to decorate with a free-standing candle in the middle of the table.
The piece is lovely and enhances even the most modern of interior.
The silver gallery is in perfect condition without any losses or dents to it! A perfect way to ‘sign’ your dinner table!