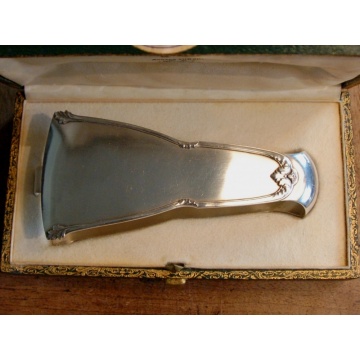 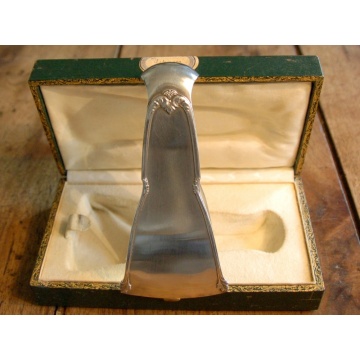 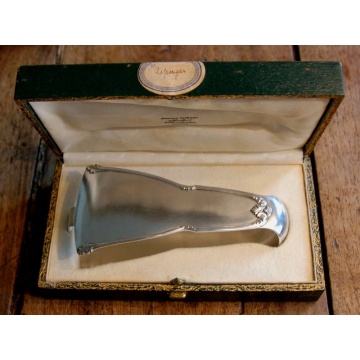 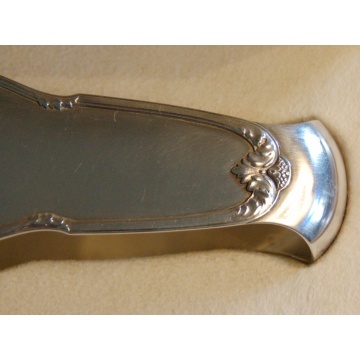 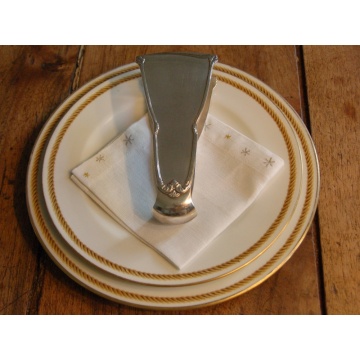 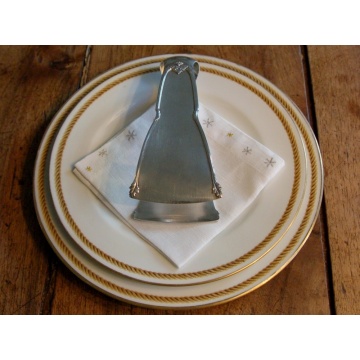 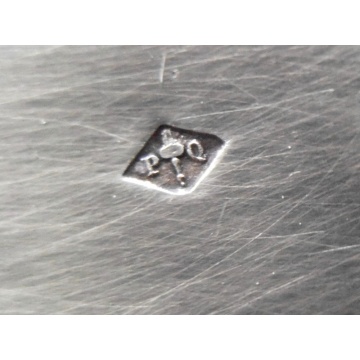 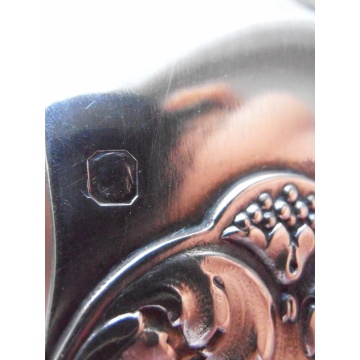 It is a very pure and very simple, yet superbly elegant, twist to the ‘Main Pince’ or Asparagus Tongs.
An elegant acanthus leaf line frames the solid silver cutout, and is finished by a very pure acanthus leaf design at the upper center of the piece.

It fits perfectly in the hand and is in exquisite condition. No dents no marks, just gorgeous!
Though it is meant to serve Asparagus it may also be used as a bread or pastry server.

It comes in its original presentation box from the Aubert Jeweller in Nantes, which is an amazing condition.