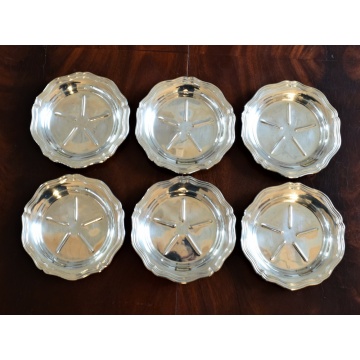 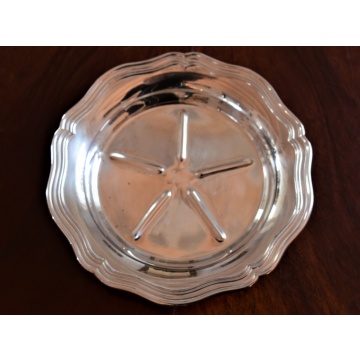 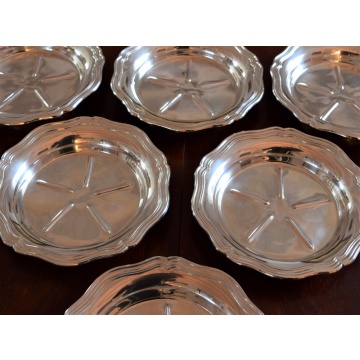 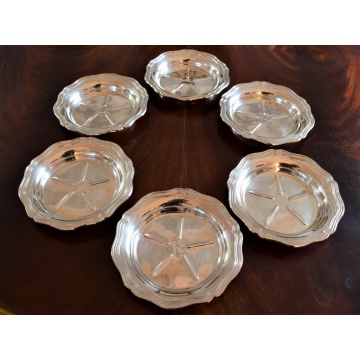 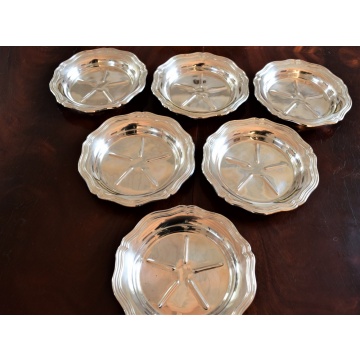 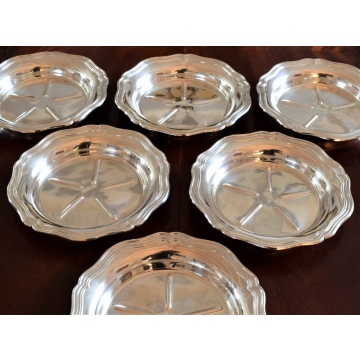 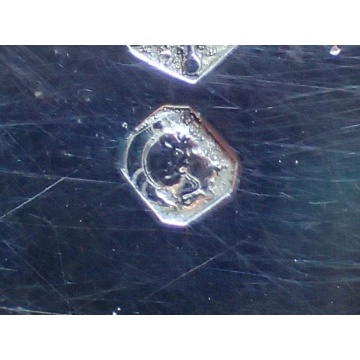 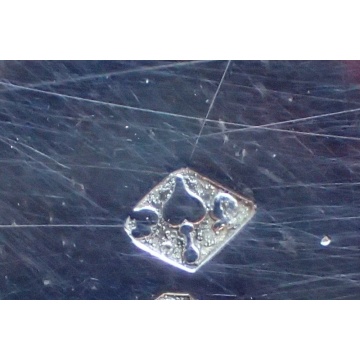 Elegant Antique French Silver Wine Coasters By P QUEILLE
Worked in the Louis XV style these 6 impressive wine coasters are in solid silver and show a simple double silver line decorating the scalloped edges.
The bottom is slightly raised in order to hold the bottle of wine.
The Louis XV style, also known at the Rocaille Style regained a big following during the second empire.
The sheer weight on each piece is quite rare.
A gorgeous set in perfect shape!

The Makers Mark is for Pierre François QUEILLE. His mark was registered on October 23rd 1834. The Makers Mark showed a P and a Q separated by an Antique Oar.
He started a dynasty of Master Silversmith in 1834 and stayed in business from 1834, to the 27th of November 1846 (Date his mark was cancelled) ,
Pierre François QUEILLE had his worshop at ’70 Rue du Faubourg Montmartre in Paris’.