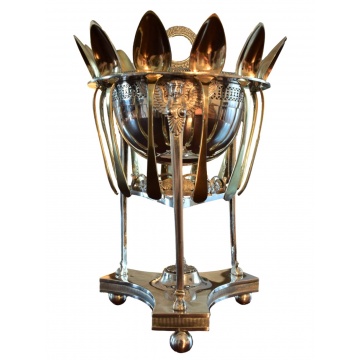 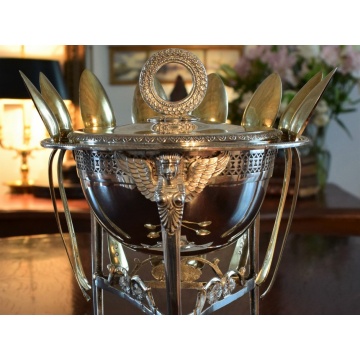 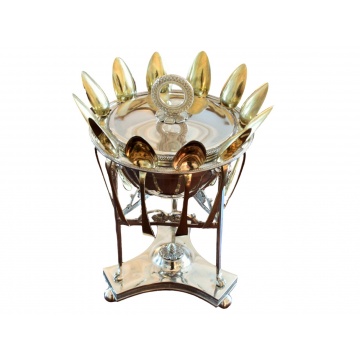 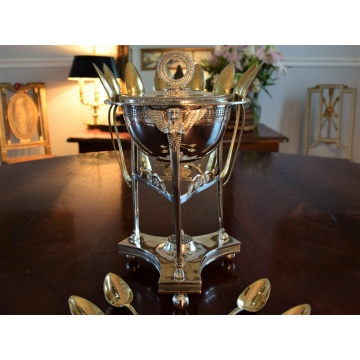 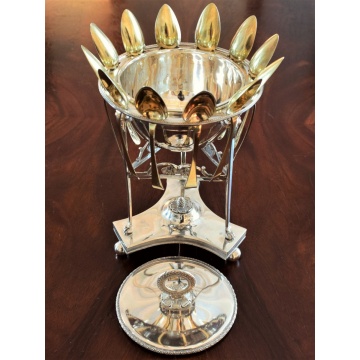 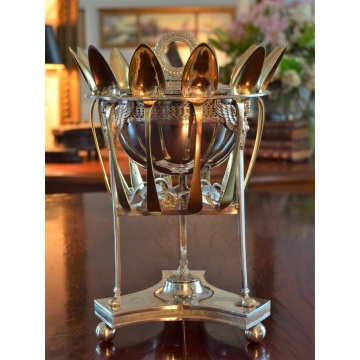 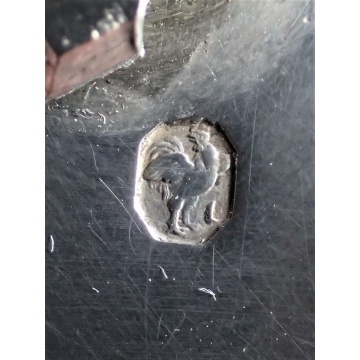 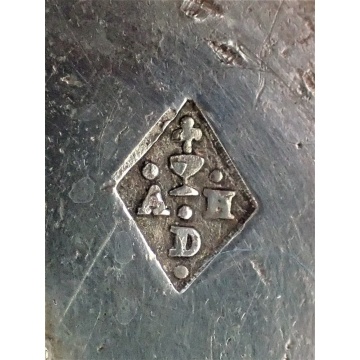 Elegant Empire Era Confiturier by Maître Orfèvre Augustin Desnoyers-Hubert.
This gorgeous piece showcases an Athenian Shape with the Tripod Silver Mount, topped by on each leg by a Silver Sphinx.
This décor type is typical of the infatuation France developed for all things pertaining to Ancient Egypt following the Bonaparte Egypt Expedition.
Buildings were decorated with Palms, Papyruses, Sphinxes and all sort of exotic decorations that harked back to the incredible discoveries made on site by the Team of Savant that Bonaparte gathered….
Silver was no exception as is shown on this beautiful piece.
Though the name indicates a connotation of Jam, it is actually a magnificent Sugar bowl with its individual spoons around it.
The Particularity of these pieces, is that the Maître Orfèvre who did the main object, did not create the spoons…The spoons were always ordered from a Cuilleriste (Or Spoon Maker) who specialized in them.
The twelve spoons share the same ‘Poinçon au 1er Coq’. The Spoon Maker was Gilbert Nicolas CASTEL.
The bowl insert, which can be removed is also made of solid silver.
The Lid is simply topped by a chiseled silver ring finial.

The Makers Mark is for Maître Orfèvre Augustin Desnoyers-Hubert
It shows his initials are separated by a Cup topped by a Clover
His marked was registered in 1803, under number 694 in Paris.
His workshop was located 18 Cours de Harlay in Paris.