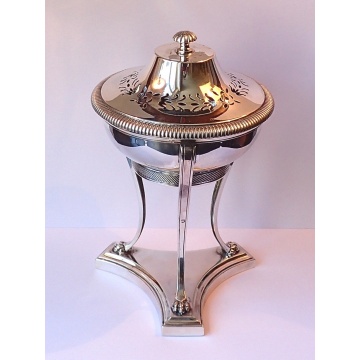 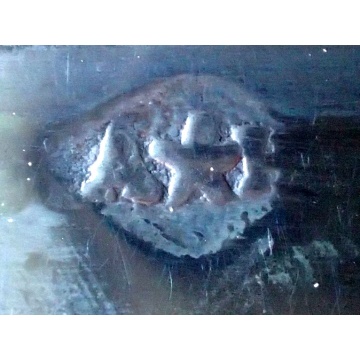 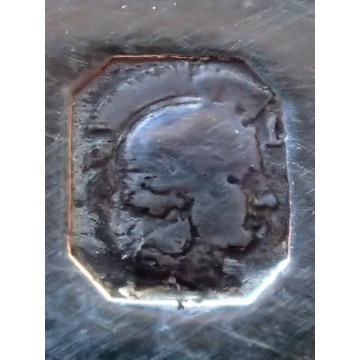 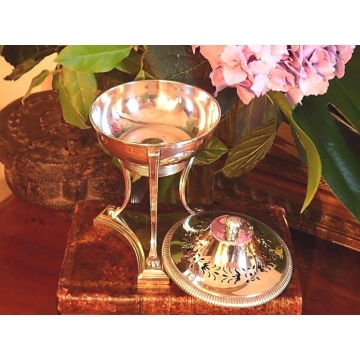 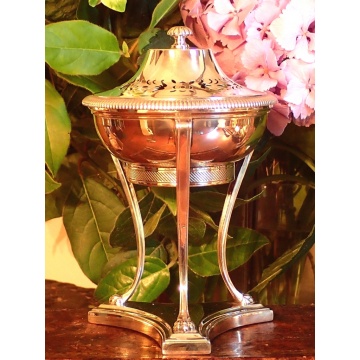 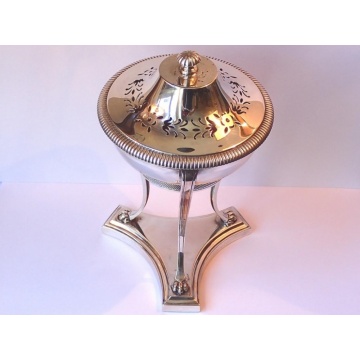 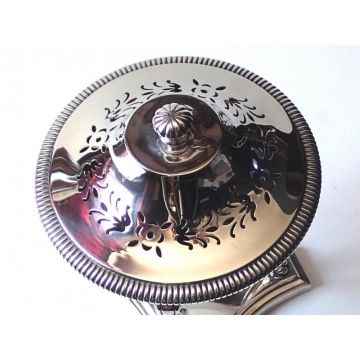 This lovely piece, which is inspired by the empire Style, stands on a Tripod ending with lion’s feet’s.
Le lid is pierced with delicate floral garlands, allowing the perfume or incense or Pot Pourri scent to sift through.
It is topped by a little mushroom shaped finial and lined by a gadroon wreath on its edges.

The piece is very elegant and in excellent shape.

Here is a little added bonus – The piece is marked by the name of the house Guerlain, the well known Paris Perfumer, which was created in 1828 by Pierre François GUERLAIN.
It turns out Guerlain had its own House Perfumes and Perfume Burners starting the late 1850 up to the 1950s.
Many of its ‘House Perfumes’ became hits as ‘Baume de Judee’ in the early 1800s and ‘Tsatli’ in the 1880s.
Since our ‘Pot Pourri’ holder is marked by Alfred HECTOR’s mark, which ends in 1913, we can probably pin the date to be between the late 1890s and the early 1910.

The Makers Mark shows an A and an H separated by a 5 pronged star,
The mark stands for Alfred HECTOR who registered it on April 7th 1881, and cancelled it on March 5th 1913.

His workshop was located 25 Rue Palestro in Paris.