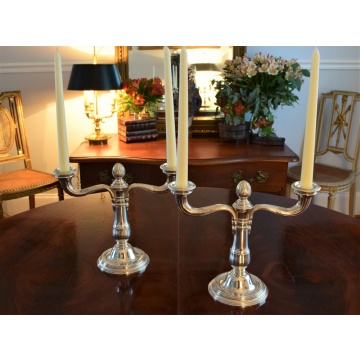 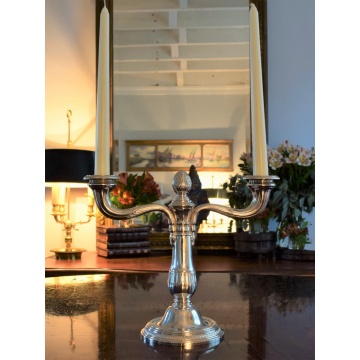 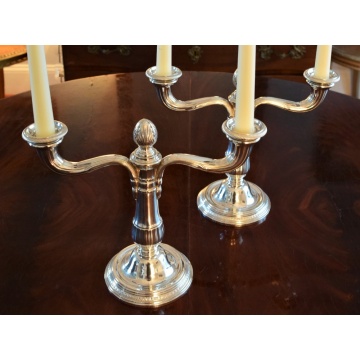 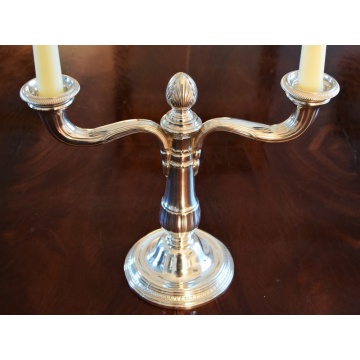 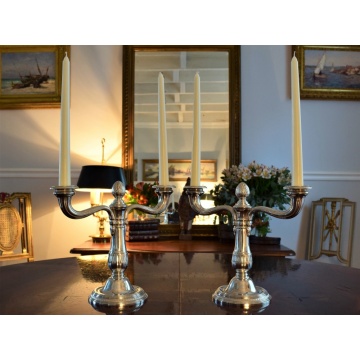 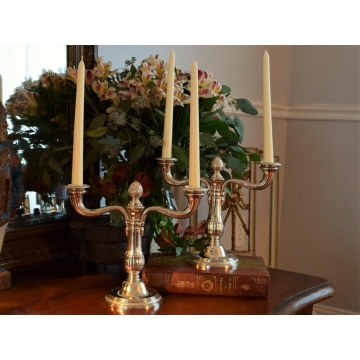 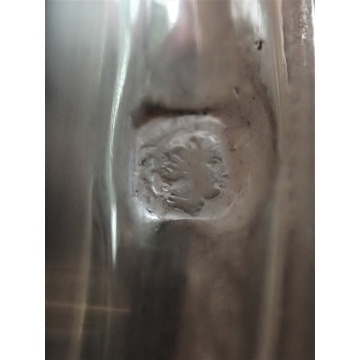 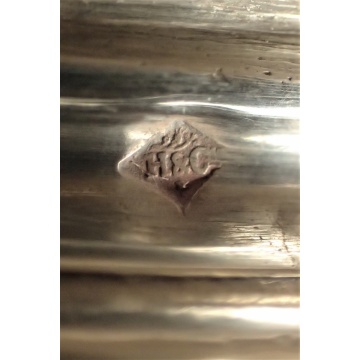 The Shaft support two light arms which are carved with laurel leaves, and end with geometrically lined attached bobèche.
They are absolutely lovely on a Dinner table, not too tall, yet tall enough to convey the perfect ambiance light!
They are intact with no losses to the silver or chocs.
The two candelabras are weighted by white Paris plaster, but we were able to obtain the silver weight as the plaster was removed, because of its age, then replaced identically.