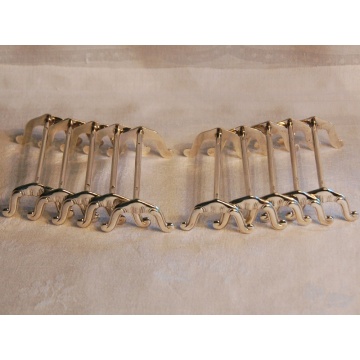 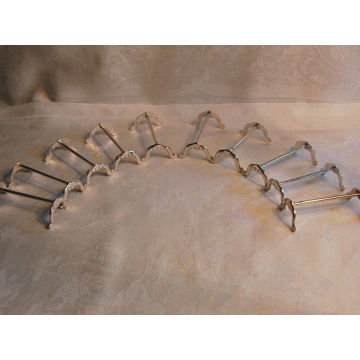 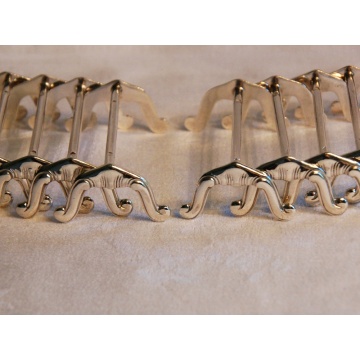 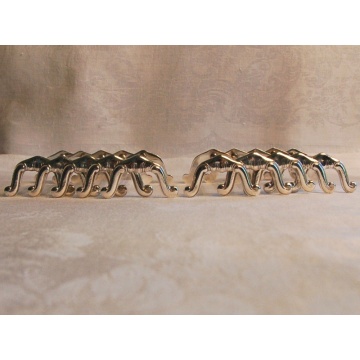 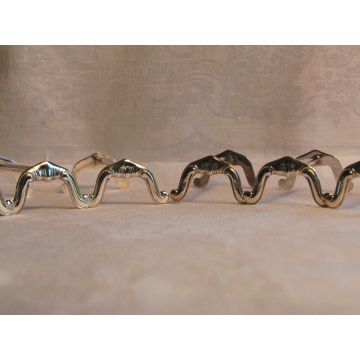 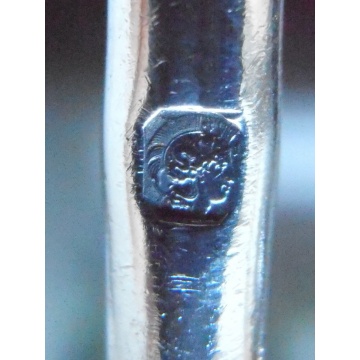 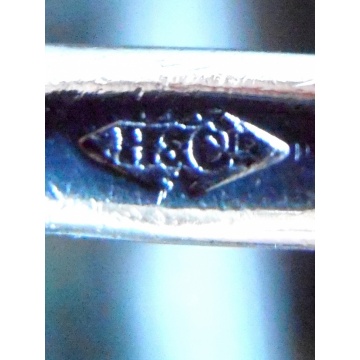 This very pure set is simply decorated with a delicate combed wave design on each end.
The result is a pure and very modern look. It is in keeping with many objects created by Hénin & cie.
Perfect to compliment any table set up.

The knife holders became more popular towards the early part of the 19th Century, the symbol of a table perfectly set up.
Our Knife Holders are perfectly balanced, very elegant and in perfect shape, with no losses or dents.
A true rare find as most of the Knife Holders on the market today are plated silver.
We are adding to the set an eleventh piece in the exact same motif -the extra piece weighs an extra 0.95 oz, bring the total weight to 9.70 oz.

The Makers Mark is for HENIN & Compagnie. It shows an H the sign &, and a C topped by a branch and a star underneath the letters.
The Mark was registered on May 11th 1875. Their shop was located at 33 Rue Des Archives in the Marais area of Paris.