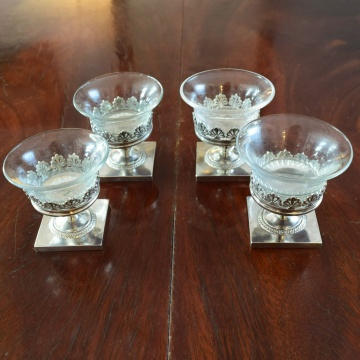 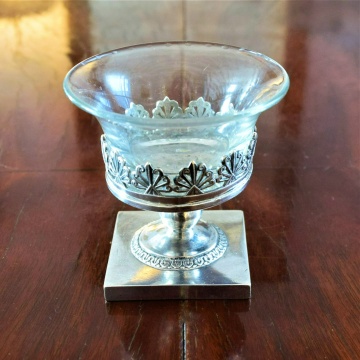 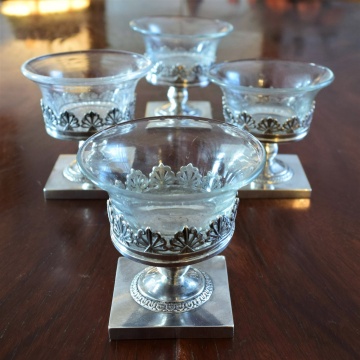 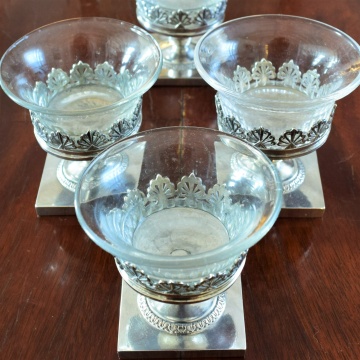 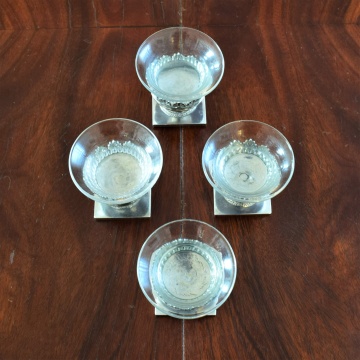 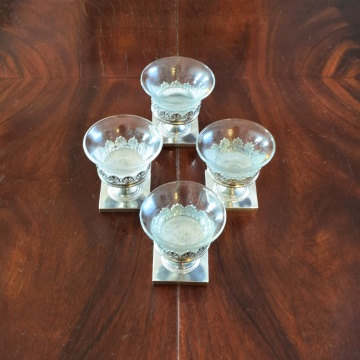 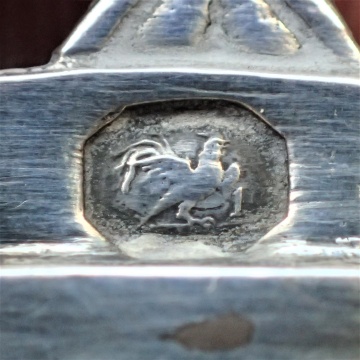 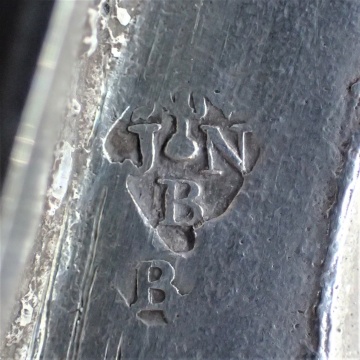 Standing on a square silver base they show a baluster shaped shaft, extending in a openwork silver support decorated with palmettos.
The Insert are in white cristal wheel cut at the base with gadroons.

The are lovely, elegant and quite practical on a table.
They can be purchased with age adequate salt silver spoons.

The Hallmark is Deuxieme Coq (2nd Rooster) 1st title (950/1000) for Paris 1809 -1819
But it also shows the 1st Jeanette Mark for the Association of the Goldsmiths used from 1793 to 1794 before the Marks were allowed once again after the end of the French Revolution.
It shows the head of a woman with a P on her left hand side.
Meaning the Work was started earlier and picked up at a later date.

The Makers Mark is for Maître Orfèvre Jean Nicolas Boulanger.
This is his second Mark. His first Mark was registered in 1783.
The second Mark shown here was registered after the End of the French Revolution and shows a JNB topped by a ‘pestle’. This mark was created in 1798.
His workshop were located 9 Cour Neuf du Palais in Paris.